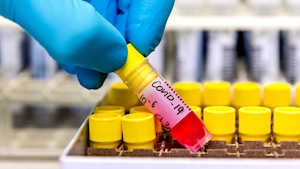 A ‘zero-Covid island’ policy is not possible to achieve due to political differences between the two administrations on the island of Ireland the Óireachtas Special Committee on Covid-19 Response has heard.

Chief economist at the Institute of International and European Affairs (IIEA) Dan O’Brien said the chances of coronavirus being eliminated on the island is low.

The committee discussed the implications of a zero-Covid island policy, which has been supported by a group of scientists and academics.

Mr O’Brien said: “I think the chances of the success of a zero-Covid island policy is very low and that is because there is two jurisdictions on this island.

“In the northern jurisdiction, there seems to be very little probability of the devolved government there agreeing to sealing off travel with Britain.

“It does not seem to be achievable politically or otherwise.”

The committee has also heard that compressions between Ireland and New Zealand’s response to Covid-19 are “unhelpful”, with Professor Carl Heneghan from Oxford University saying the two islands are two very different case studies.

He said: “Lots of people are using New Zealand as an example [regarding the elimination of Covid-19]. Ireland and New Zealand have very similar populations, about 4.79 million people, but Ireland is a more densely populated island than New Zealand.

“You also have to consider that New Zealand’s nearest neighbour is 1,000km away and that it’s Australia – one of the least densely populated countries in the world.

“So I think that any comparison with New Zealand is unhelpful because not only do they have to lock down, they are locking out.”

Having heard from representatives regarding the spread of the virus in meat plants earlier today, the committee is now discussing a ‘Zero-Covid island’ policy, which some scientists claim is the only way to avoid a long-term “social and economic catastrophe”.

Dan O’Brien, chief economist with the Institute of International and European Affairs, says the economic situation is worrying:

“The recession in the Irish economy and which most economies have plunged into is certainly the most dramatic and frightening that I have ever seen, or that you can find in available data. That is the negative, but the slightly positive part is that most economies have bounced back a bit.”

Ireland innomin - September 19, 2020
0
New Covid-19 restrictions have come into place overnight in Dublin.People are not allowed to enter or leave the county unless it is for...