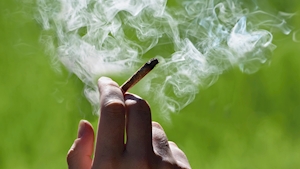 Gardaí seized €59,000 worth of cannabis in Cobh in May 2018 and yesterday two women faced sentencing for the different parts they played in the crime.

Martina Griffin, aged 38, now living at Winsford, Cheshire, England, pleaded guilty to having drugs for sale or supply with a street value of over €13,000.

Helen Hastings, aged 32, pleaded guilty to a charge of allowing her home at 78 Russell Heights to be used for storing cannabis on the same date, namely May 22, 2018.

Both women pleaded guilty to the parts they played in the crime. The prosecution accepted that Hastings had the lesser role and simply agreed to allow her house to be used to store a bag in which the drugs were found.

Judge Seán Ó Donnabháinsaid adjourned sentencing in her case until June 22, 2020. He finalised the case against Hastings, represented by Siobhán Lankford, and gave her an 18-month suspended sentence at Cork Circuit Criminal Court.

Gardaí seized €59,000 worth of cannabis in Cobh in May 2018 and yesterday two women faced sentencing for the different parts they played in the crime.