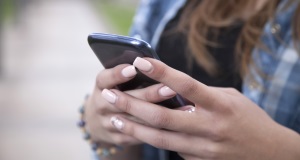 A woman who stole tens of thousands of euro from two previous employers was in court yesterday for stealing over €40,000 from a third employer partly in an effort to repay the first two.

Detective Garda Cormac Ryan said Emma Fehily’s latest crimes consisted of stealing 67 expensive smartphones (one worth about €1,100) by ordering them without her employer’s knowledge and then selling them through Donedeal and other websites. The company was at a loss of over €40,000 as a result of her crimes, Det Garda Ryan said.

She came before Cork Circuit Criminal Court for sentencing on 69 signed guilty pleas, two counts of deception and 67 counts of theft relating to a period between January 17, 2017, and November 15, 2018, at Rockewell Automation, IDA Industrial Estate, Midleton, Co Cork.

Judge Seán Ó Donnabháin was told in the three-year sentence with half of it suspended — plus a consecutive one-year on the second case — which he imposed on Fehily for the older cases she was released from prison on temporary release after serving five months.

Yesterday, the judge remanded her in custody until February 5, 2020, for a probation report.

The judge imposed consecutive sentences the last time, saying she had stolen from not one but two employers and that in respect of the second job, “she wasn’t there a wet week when she started fiddling”.

Emma Fehily, of Rockboro Heights, Waterpark, Carrigaline, Co Cork, was sentenced for stealing over €25,000 at Johnson and Perrott garage where she worked in 2014 and 2015.

She also worked at Westbourne IT Solutions between October 2015 and November 2016. She used that position to buy IT components and phones on behalf of the company but brought them home and sold them on Donedeal. The company was at a loss of just over €34,600.

This was the nature of the thefts in the latest case at Rockwell Automation where the stolen phones cost over €40,000.

UK News innomin - January 17, 2021
0
A halt to relegation for two seasons followed by the introduction of a play‑off in between the Premiership’s bottom facet and the winners...

Wales innomin - January 17, 2021
0
Millions of people aged 70 and over and those clinically extremely vulnerable to Covid-19 will be next to get the vaccine,...

Florida analyst who clashed with governor more than Covid details faces arrest | US...

Covid-19 vaccines to be rolled out to over 70s and clinically...