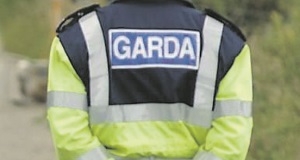 A woman has been arrested after breaking into an apartment armed with a knife in Dublin.

The burglary happened in the Railway Road area of Clongriffin at around 6.40pm last night.

She was disturbed while inside the apartment and fled the scene – nobody was injured.

Gardaí later arrested a woman in her late 30s – she has since been charged and is due in court this morning.

‘All our hard work went up in flames’: Free book scheme for kids wrecked...

Wales innomin - July 6, 2020
0
A community library with free books for kids and families has been destroyed in a suspected arson attack. The book...

Ireland innomin - July 6, 2020
0
Further talks are taking place this week between teacher unions and Department of Education officials on how to safely reopen schools in late...

‘All our hard work went up in flames’: Free book scheme...