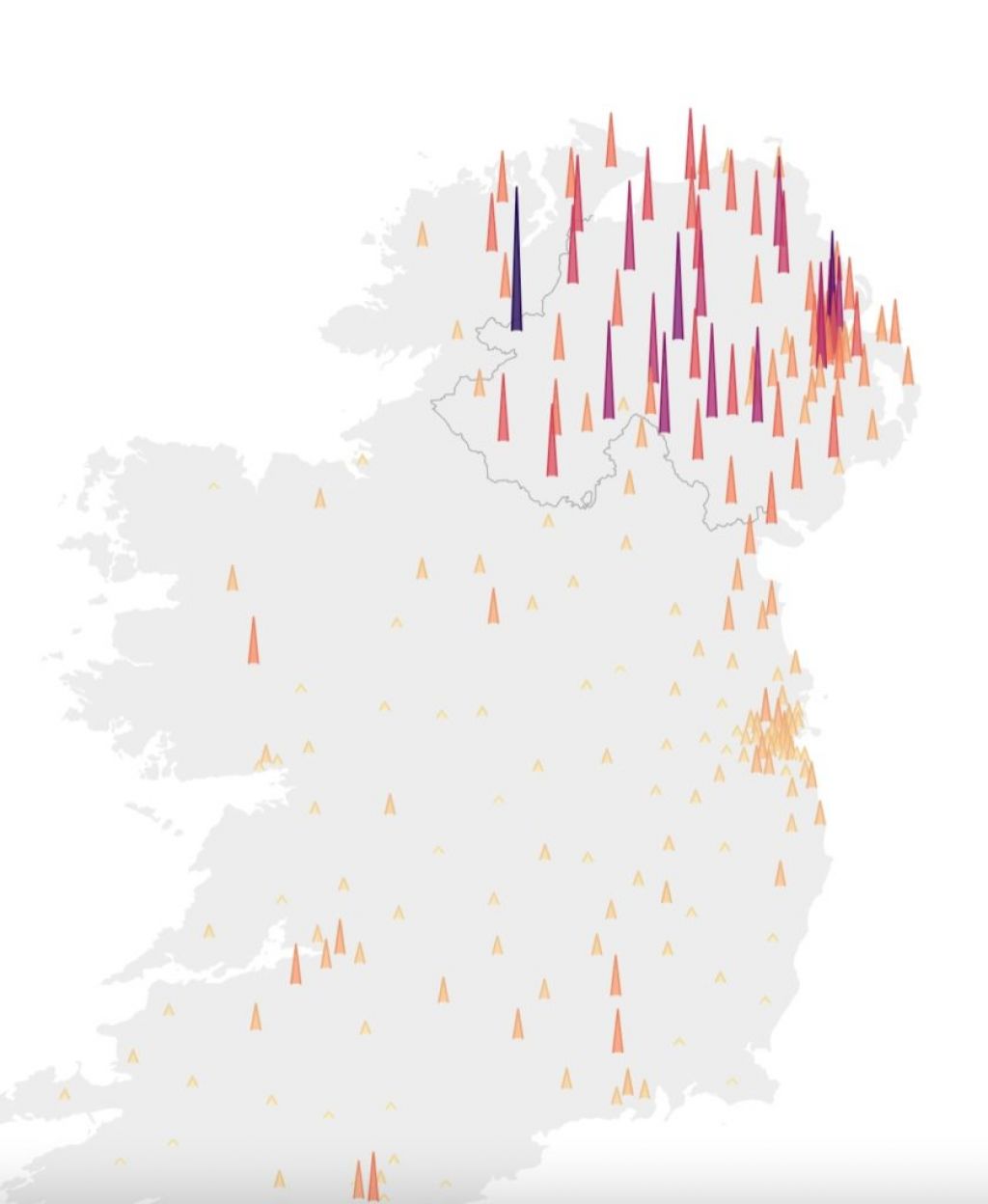 Northern Ireland continues to have a much higher rate of coronavirus infection than the Republic, new analysis reveals.

Confirmed Covid-19 case numbers from electoral areas in the South and postcode areas in the North give an indication of how the disease is spreading in different communities.

In Northern Ireland the figures cover the two-week period from November 16th to 29th, and in the South from November 17th to 30th. Both sets of statistics use the incidence rate of infection per 100,000 of population, giving a better understanding of the spread than straight case numbers.

The BT81 postal district in Co Tyrone, which covers the Castlederg area, had the highest incidence on the island during this time, with 725 cases per 100,000.

The areas in the Republic with the highest infection rates were in Co Donegal – Letterkenny and Carndonagh had rates of 288.7 and 271.2 respectively.

However, these are lower than in the North. The BT48 postcode, which covers part of Derry city, had a rate of 382.

Dundalk-Carlingford and Milford had the next highest rates in the Republic, at 257.8 and 254.2 respectively.

In Northern Ireland, the postcodes with the lowest rates were BT2 in Belfast, which recorded no cases over the two-week period, and BT77 in Co Tyrone, which recorded only one case.

When comparing figures between the North and the Republic it is important to bear in mind that both jurisdictions are recording coronavirus cases in similar but distinct ways.

The latest figures come after public health experts warned the Republic could see up to 1,200 cases a day of Covid-19 after Christmas if public health measures are not followed.

At a briefing on Thursday, officials warned said the level of infection in the State was “static” but with a persistently high incidence in older people.

Meanwhile, the Stormont Executive has confirmed that non-essential retailers can reopen next Friday in the North when the two-week circuit-breaker lockdown comes to an end.

Wales innomin - January 27, 2021
0
An increase in Bridgend county borough’s rat population could be due to lockdown, according to council staff. Bridgend County...

Wales innomin - January 27, 2021
0
New data has discovered the telltale signs of coronavirus differ based on which variant of the virus you have caught. A...