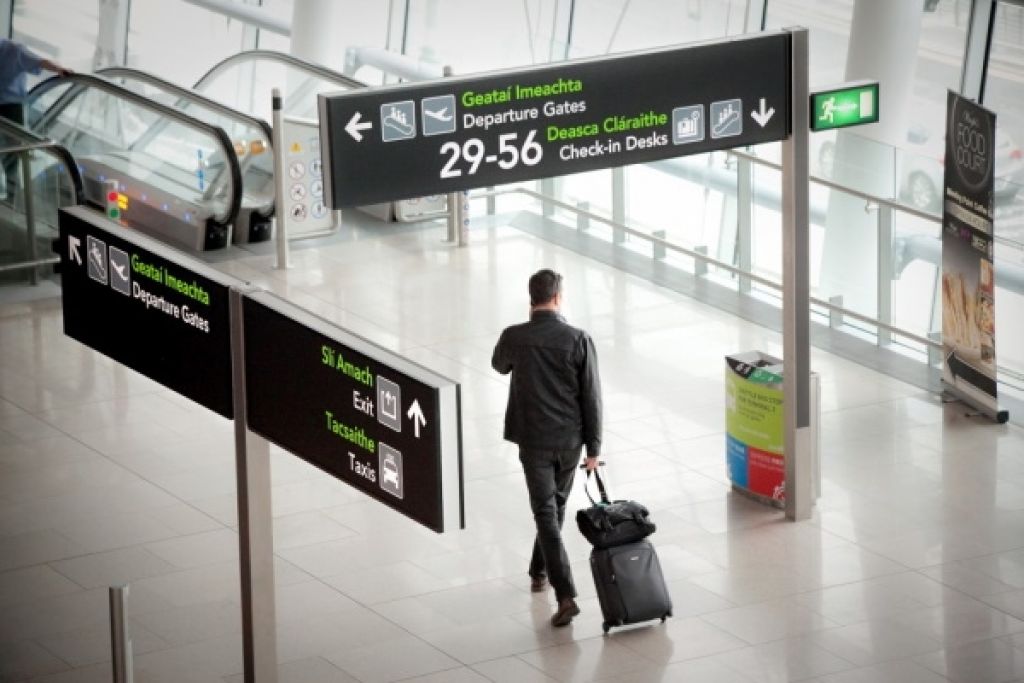 Jetting off from the island during the Covid-19 pandemic has remained a distant dream for most as international travel has all but ground to a halt.

In a sign of the times, airline giant Ryanair has suspended all flights from Cork, Shannon and Knock for several weeks in response to a “complete collapse in travel demand”.

With the hopes of much of the aviation industry now hanging on the introduction of a new EU-wide traffic light system, we break down what the future of travel might look like over the next few months.

The last of the countries on Ireland’s “green list” – which exempted arrivals into the Republic from quarantining for 14 days – were removed earlier in October as rates of the virus increased.

While the Irish Government decided the criteria which allowed certain countries to be placed on its “green list,” the new system will see the same criteria set and followed throughout the EU.

How will the new system work?

A single map will be published and updated each week by the European Centre for Disease Prevention and Control, showing the risk levels for the virus across Europe.

It will do this using a traffic light system that will code regions green, orange, red or grey depending on the level of the virus circulating there.

Based on this map, member states will decide to introduce certain restrictions – such as quarantine or tests – on travellers arriving from other areas.

What travel restrictions can be expected?

Member states have agreed that there will be no restrictions on travellers coming from green regions.

Travellers can expect restrictions to be imposed if they are coming from an orange or red region, and these will be decided by the member states themselves.

Restrictions could include proof of a negative test, the obligation to quarantine or to fill in a passenger locator form on arrival.

Does it mean that Ireland is no longer in control of its travel policy?

Each country will be free to decide its own measures for travellers under the system, such as the need for testing or isolating, but the European Commission has stressed that measures should be similar across the bloc.

The Commission also said that “in principle” countries should not blanket ban the entry of people but allow them to quarantine or be tested instead – a policy the Republic has followed since the outset of the pandemic.

How are the different colours assigned in the traffic light system?

Grey will be assigned to countries that have not supplied sufficient data.

So what colour will Ireland be?

Ireland currently has an incidence rate of the virus of 3XX per 100,000 population and a positivity rate of X from all Covid-19 tests – meaning it will be designated red under the new system.

Should I get booking my flights if a country is green?

Not exactly – the Government’s Living with Covid-19 plan says it will continue to advise against non-essential travel to and from other countries.

The Government said it has not yet made a decision on the matter of families returning home from abroad in December to celebrate Christmas, after chief medical officer Dr Tony Holohan said it was simply “too dangerous” for international travel at the moment.

Minister Simon Harris has said the Government will examine the situation closer to the time before issuing advice.

Is anyone exempt from the travel restrictions?

Member states have agreed that those who have an essential reason to travel will not be required to quarantine, regardless of what colour region they have come from in the EU.

This includes workers in “critical occupations” such as health care, transport workers, patients travelling for medical reasons, students who travel abroad on a daily basis and people travelling for imperative family or business reasons.

Which countries will the new system apply to?

The system will apply to all EU countries, as well as the UK during the Brexit transition period.

The map will also include Iceland, Liechtenstein and Norway.

Larger countries on the map will also be broken down and colour coded by regions to reflect the different levels of the virus circulating within them.

We’ve been talking about this for a while – when will it actually happen?

The majority of EU countries have now agreed to adopt the system, and it will come into effect in Ireland early next month on November 8th.