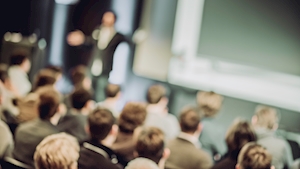 Leaving Certificate results are looming and with that comes a new batch of anxious first year third-level students.

Adding to the yearly CAO chaos is the ongoing Covid-19 pandemic which has wreaked havoc on schools and colleges.

New and existing third-level students are facing into a semester that will take a very different form to a normal college year, with so-called “hybrid learning” the new mode of operation for institutions across the State.

Breakingnews.ie has put together a quick-guide on when individual colleges are hoping to get back to the classroom and what form that return will take.

NUIG has opted for a what is described as a blended return, with the majority of students resuming classes either online or on-campus on September 28th.

Indicative timetables for each course can be found here.

GMIT will have a mixture of remote lectures and on-campus practicals and tutorials for students. Information regarding the amount of onsite class time students will have, in all of GMIT’s schools, including those in Letterfrack, Mayo and the International Hotel School can be found here.

The autumn semester will start on September 28th for the majority of UL students, with the university creating a “hybrid environment”. According to the UL website, an alternate start date may be adopted for some courses, but students will be contacted by their course director if such a change is deemed necessary.

First year and taught postgraduate students will be welcomed on-campus on the week commencing September 28th, while all other year groups will have online classes.

The year group rota can be viewed here.

In line with the planned start date for first year students in all Institutes of Technology in the country, the autumn semester will commence for incoming first years on September 28th.

An indicative outline of the on-campus element of each department is available here but departments such as Sport, Leisure & Tourism, Applied Social Science and Business & Financial Services are yet to confirm their estimated weekly on-campus time requirements.

In Cork, UCC will have a mix of online learning, including live events and pre-made content, along with in-person classes.

For first years, individual timetables, including remote and on-campus classes, are generated once the student registers for their course. More information for first years preparing to start in UCC can be found here.

For students in other year groups, an email will be sent (between August 18th and September 15th) inviting them to register for the year, after which they will be able to access their personalised timetable with information on the number of in-person classes they will have. Information on registering for the year and subsequent steps to receive your timetable can be accessed here.

Similar to LIT, CIT will also adopt a blended approach, with on-campus classes depending on factors such as “the needs and requirements of the academic discipline, space considerations, and stage of programme”.

The general start date for the autumn semester will be September 21st for continuing and part-time students in CIT Bishopstown, CIT Cork School of Music, CIT Crawford College of Art and Design and the National Maritime College of Ireland.

First year students are due to begin on October 5th, depending on the CAO process.

Information for all incoming and continuing CIT students can be found here.

WIT have placed a much bigger emphasis on online learning, announcing that all lectures and tutorials will take place remotely. Labs and workshops will take place on-campus “subject to appropriate social distancing and PPE based on the physical layout of the learning spaces” according to the WIT website.

The WIT website states that each student’s level of on-campus hours will vary depending on their programme. Orientation for incoming students will take place online between September 21st and 25th, with classes for all students starting on September 28th.

Carlow IT will make use of hybrid learning for the upcoming semester, but individual timetables for students detailing their on and off-campus split will be released in due course.

First year and taught postgraduate students will begin classes on September 28th, while second, third and fourth years will start on September 21st according to the Carlow IT website.

Trinity will start their semester on September 28th, again, with a hybrid system being implemented. Orientation of first year students is also due to take place on this date.

According to the TCD website, a Resumption of Teaching Working Group is “working out different scenarios of how to deliver this hybrid teaching format depending on what social distancing protocols will be in force at the time”.

Their website adds that there will be “online lectures for larger class groupings and face-to-face seminars, tutorials and laboratory classes for smaller groups”.

Additional information can be found here.

Students in both UCD’s Belfield and Blackrock campuses will have a mixture of face-to-face and online classes, but some students have expressed their disappointment that their course is now being fully delivered online ‘with no in-person component whatsoever’, according to a statement from UCD students’ union president, Conor Anderson.

UCD has published a ‘Short Guide for Students Returning to Campus’, which can be accessed here, saying that “laboratory, clinical and professional activities will recommence face-to-face, with physical distancing and the use of PPE as necessary.”

The guide also adds that “learning in small groups is more likely to take place on campus”.

Mr Anderson’s statement goes on to say that students were contacted in August with an update on what form this semester’s classes would take.

“We are now being made aware that some courses will have zero per cent in-person teaching, just weeks before classes resume,” the students’ union president said.

UCD student timetables are expected to be released next week, at which time students will be able to see how many hours they have on-campus each week.

First year students will start in DCU on September 28th, with the remainder of students starting a week later, on October 5th. According to the DCU website, their campuses will be open for students to attend “all non-academic elements, including sports, clubs and societies activities”.

The website adds that an attempt will be made to ensure students will be scheduled for on-campus classes “for a reasonable length of time” to minimise commuting times. Additional information for all students can be found here.