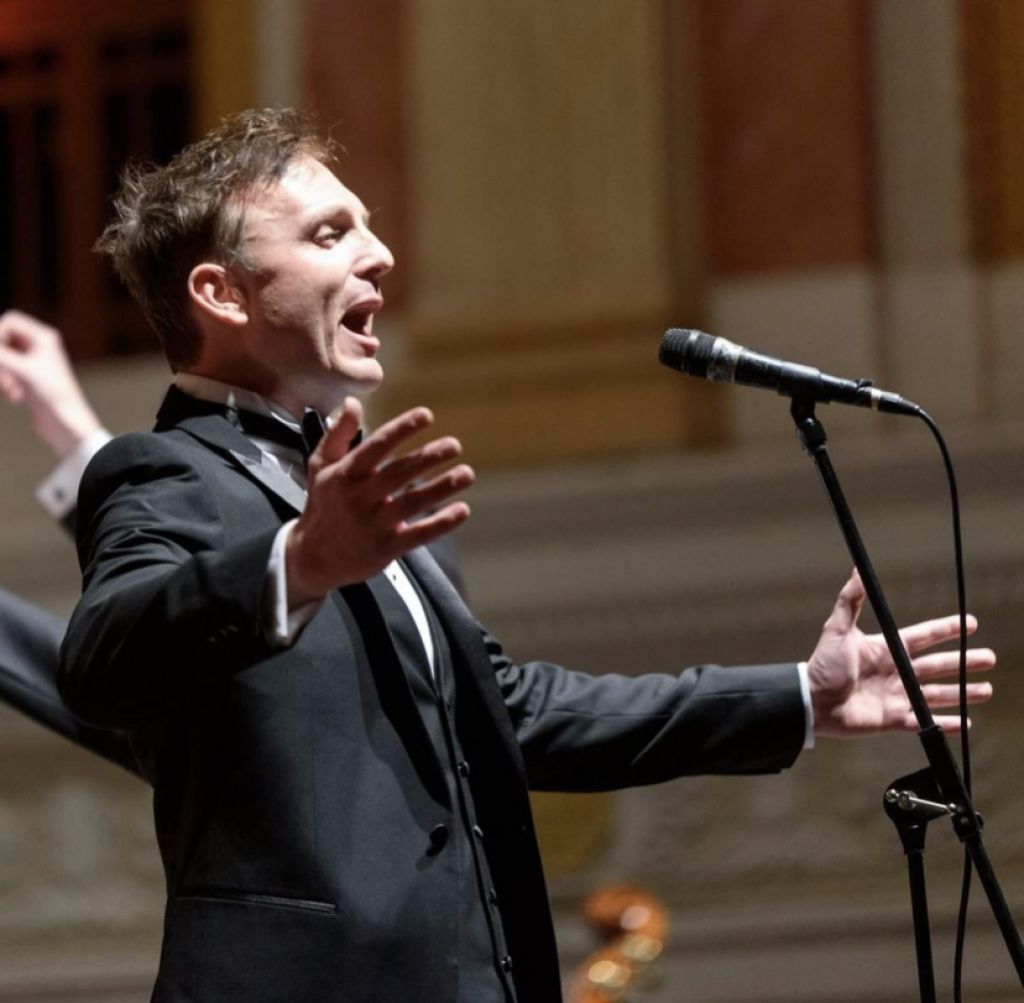 A Welsh tenor who performed at the requiem mass of former Cork Ladies football manager Eamonn Ryan has written about how moved he has been by socially distanced tributes at Irish funerals stressing that whilst the “rhythm of our lives may be muted and masked” our humanity is as strong as ever.

Ryan Morgan, who has sung in amongst other places the Royal Albert Hall, the National Concert Hall and Dublin Castle, says that one of the greatest privileges of his career was viewing the roadside tributes paid to Mr Ryan, who passed away earlier this month at the age of 79.

Mr Morgan, who lives in Cork, said that he was heartened by the enormous show of support to the Ryan family on the roads leading to the church in Ballingeary, Co Cork.

“The church was sparsely attended due to Covid restrictions, but the atmosphere was warm with praise and remembrance. The reason I’m writing the post, anyway, is to recount my feelings as I drove out of Ballingeary at the rear of the cortege.

“Along every street of the village, outside every house, scores of people were gathered to pay respects on Mr Ryan’s final journey. This continued through the countryside at every gate and crossroads.

“Through Inchegeelagh it seemed the whole population were lining the streets, masked and apart but conjoined in paying their respects. A score or so of young ladies lined the Main Street attired in Cork jerseys.

Outside every house on the drive to the N22, mile upon mile, the Cork colours were flying to signal Mr Ryan’s onward journey.”

Mr Morgan says the things which matter to us still hold even in this time of great upheaval.

I did not know you or of you, but nevertheless your influence on the world has meant something to me today.

“The rhythms of our lives may be currently muted and masked, but they are still audible. Our spirits still dance to their drum. We may be physically distant from one another, but the golden threads of meaning which bind us to our humanity are as strong as ever. Stretched, but not fraying.

“This was evidenced to me today on the solemn but uplifting drive through the winter sunshine sparkling off the wellspring of the Lee. Care, compassion, respect, love, acknowledgement and meaning are all still present.

“RIP Éamonn Ryan. I did not know you or of you, but nevertheless your influence on the world has meant something to me today.”

Eamonn Ryan won 10 All Ireland’s in 11 years whilst he was at the helm of the Ladies footballers in Cork. He was also a retired principal of Watergrasshill National School and staff member of the PE and Gaeilge Department in UCC.

He is survived by his wife Pat and children Jim, Deirdre, Michelle, Don, Des and Jackie. He was laid to rest in Ballinaltig Cemetery in Watergrasshill.

€90,000 settlement for child left with scars after falling into brambles

Ireland innomin - March 8, 2021
0
RTÉ have confirmed that Eoghan McDermott will not return to 2FM. The national broadcaster said his contract is due to expire. The 2FM breakfast show...