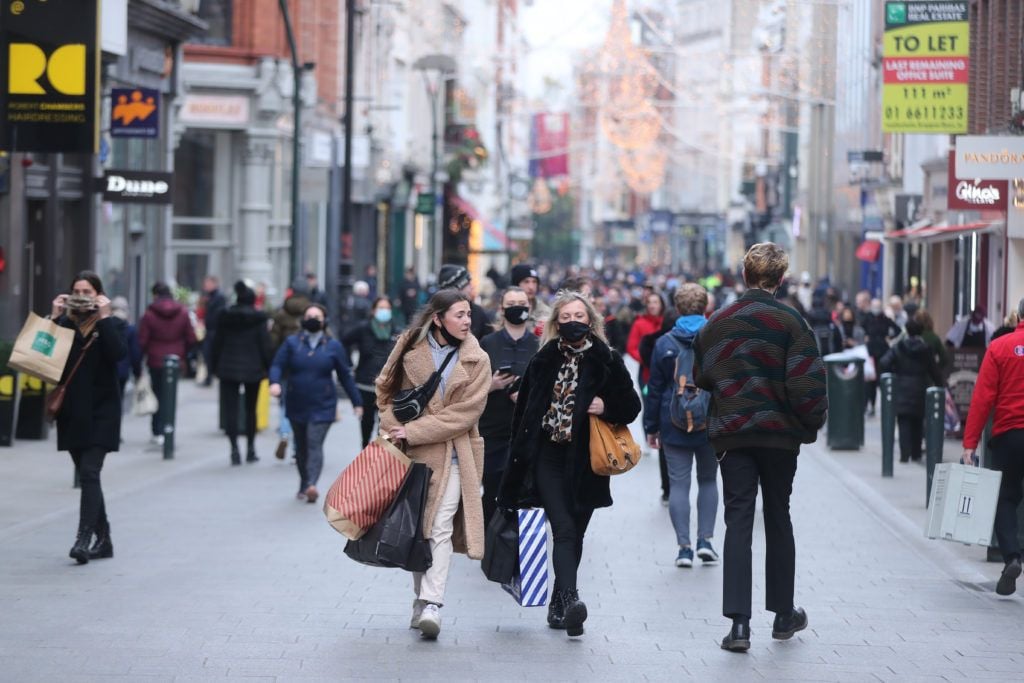 Ireland could see up to 1,200 cases a day of Covid-19 after Christmas if public health measures are not followed, public health officials have warned.

The health service is braced for a significant rise in the reproductive rate of the virus unless people keep discretionary meetings to a minimum after the country exited Level 5 restrictions this week.

The concern comes as restaurants and gastropubs reopen for indoor dining across the State on Friday for the first time in two months.

HSE chief Paul Reid said people were facing into the “highest risk” Christmas of their lives. As people meet in restaurants, their “guard can understandably drop, especially after a glass or two of wine”, he said.

While encouraging people to enjoy the holidays, he urged them to “be on their highest level of guard” over the coming weeks.

Public health experts said the level of infection was “static” but with a persistently high incidence in older people.

Chief medical officer, Dr Tony Holohan, said the recent lockdown would produce a low of around 250 cases a day.

“That underscores the importance of each one of us recognising what a potentially fragile situation we are in but that will not inevitably lead to some of the potential R number increases that we have modelled.”

He warned if large numbers over the next three weeks adopted “discretionary” socialising, such as going to restaurants, it could leave the health system in a “precarious” situation.

“If people can limit the extent that they have social engagements that are discretionary and avoid those, particularly in the weeks running into Christmas, we have a chance we can maintain some control in terms of transmission levels and we will not find ourselves as a country experiencing rapid growth of infection.”

He said he did not want to have to recommend further restrictions in future.

Prof Philip Nolan, chair of the National Public Health Emergency Team’s modelling group, said the reproductive rate of coronavirus was 0.8 to 1 at present.

Restaurants and gastropubs to reopen from today

Dr Holohan said: “It is not inevitable. It is still within our grasp as a country to take the kind of measures that can help protect against that reality.”

He said the modelling was not scaremongering and these were not predictions.

“These are plausible. We are not applying an R number of four to the numbers, we are applying very small differences.” – Additional reporting: PA

More than 400,000 crime data could be impacted by police personal computer mistake |...

UK News innomin - January 15, 2021
0
Extra than 400,000 crime data could have been impacted by a knowledge blunder, with data for major offences intended to be retained eternally...

More than 400,000 crime data could be impacted by police personal...