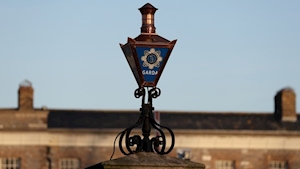 A footballer from the North has been named locally as one of the weekend’s seven road-crash victims.

Bryan Magill was one of three people killed when two cars collided in Dundalk at 2am on Saturday, on the main Dublin-Belfast N1 road, at Carrickarnon, Ravensdale, north of the county.

Mr Magill’s club posted a tribute to him on Facebook, saying: “All at the club are heartbroken by the untimely death of one of our top men, Bryan [bru] Magill.

“Bru will always be remembered by all of us as a gentleman.

“Sleep easy our kid. Shout at us from above.”

The other two victims of the Carrickarnon crash were named locally as Mary Faxton, who was in her 80s, and her son, Kevin, who was in his 50s. They were both pronounced dead at the scene.

Mr Magill was also pronounced dead at the scene. A second man in the second car was taken by ambulance to Our Lady of Lourdes Hospital and his injuries are not life-threatening.

All three deceased were removed to the mortuary at Our Lady of Lourdes Hospital, Drogheda, where autopsies were due to take place yesterday.

The local coroner was notified and an incident room was established at Dundalk Garda Station.

The crash site and cars were examined by garda forensic collision investigators and local scene-of-crime officers.

Traffic diversions have since been lifted and the road reopened to traffic.

A man in his 20s has since been arrested in relation to this incident.

Gardaí said he was detained at Dundalk Garda Station under Section 4 of the Criminal Justice Act, and “investigations are continuing”.

A teenager died yesterday when the car in which she was a passenger struck a wall at 1.15am in the townland of Porridgetown, Oughterard, Galway. She died at the scene.

Her body was removed to University Hospital Galway’s mortuary, where an autopsy was due to take place. The 21-year-old male driver was uninjured.

The girl’s death followed on from that of a pedestrian who died on Saturday, after being hit by an articulated lorry at about 11.15am.

The man, who was in his 20s, was removed to Tallaght University Hospital in a serious condition, but he later died of his injuries. The driver of the lorry was uninjured.

The weekend’s road carnage began at 7pm on Friday; two people died when their car collided with a jeep on the N55 in Ballinagh, Co Cavan. The driver was a man in his late 60s and the passenger a female in her 60s.

Both were pronounced dead at the scene.

The male driver of the jeep was taken to Cavan General Hospital, as a precaution.

According to the Road Safety Authority, this represents one more collision and 4% — or five — more deaths compared to provisional garda data for the full year of 2018.