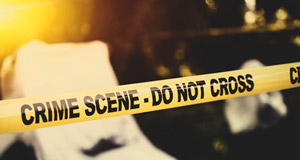 A third of all assaults, kidnappings and thefts recorded in 2018 had resulted in a prosecution or sanction by September just gone.

Only one in six burglaries last year have to date being solved, but three quarters of homicides have led to a prosecution or other sanction.

New figures published by the CSO – the first on detections since 2016 – show varying rates for solving crimes, with that for sexual offences the lowest, at 11%.

The CSO said the detection rates related to the situation as of September 2019 and that they were likely to increase as time passed.

Within the assault group, just a fifth of attempted murders and around a quarter of murder threats have so far been solved. However, more than four out of ten assaults causing harm have been detected.

Almost four of out ten robberies of banks or financial institutions have been detected, but less than a fifth of cash in transit robberies have been.

The figures show that while crime rates (per head of population) are higher in Dublin for most crimes, detection rates are lower.

Dublin had generally twice the rate of burglaries than other regions, but had a detection rate of 13%, significantly lower than most other regions (18-22%), apart from the South East (also 13%).

Dublin’s rate of robberies was five-to-six times that of other regions, but only a fifth have been solved, compared to 30-40% in other regions.

The Northern Region had the highest rates of crimes in many categories, including homicides, sex offences and assaults, but had higher detection rates.

The CSO and Garda HQ said detection rates, particularly for crimes that take time to solve, such as sex offences and fraud, could rise.

The CSO stopped publication of all crime figures in June 2017 over concerns at the quality of Garda Pulse data. It last published detection data, for 2014, in 2016.

It said its decision to resume publishing detection figures was because of demand and improvements in Garda data quality control.

However, it said all crime data, including detections, was still being published “under reservation”, meaning caution should be taken regarding the quality of it.

Because of the new methods and controls used for detections, the CSO said the figures cannot be compared to previous years.

A Garda spokesman said that tighter data governance within the organisation has led “to an apparent drop in detection rates” for some crimes.

He said the changes made internally mean that the figures are more in line with international norms and made them comparable.

He explained that before 2018 the detection system was manually operated at the discretion of the garda and local superintendent after the evidence was gathered and reviewed.

The spokesman said the training and communication of the rules was “weak”.

He said that since 2018 detection is automatically recorded at a later date, at prosecution or sanction stage, and that no member discretion is allowed. Exceptions, such as cases where the suspect has died, are dealt with centrally.

Deputy Commissioner John Twomey said the fact that the CSO now has confidence to publish detection data was “an important milestone”.

He said this will help give confidence to victims.

He said there are now 12 of them, with another two expected by year’s end and full rollout by next March.

Teacher killed by herd of cows while out walking his dog

Wales innomin - July 28, 2021
0
Boris Johnson insisted the public understands the need for public sector pay restraint as he backed his home secretary in the...

Teacher killed by herd of cows while out walking his dog