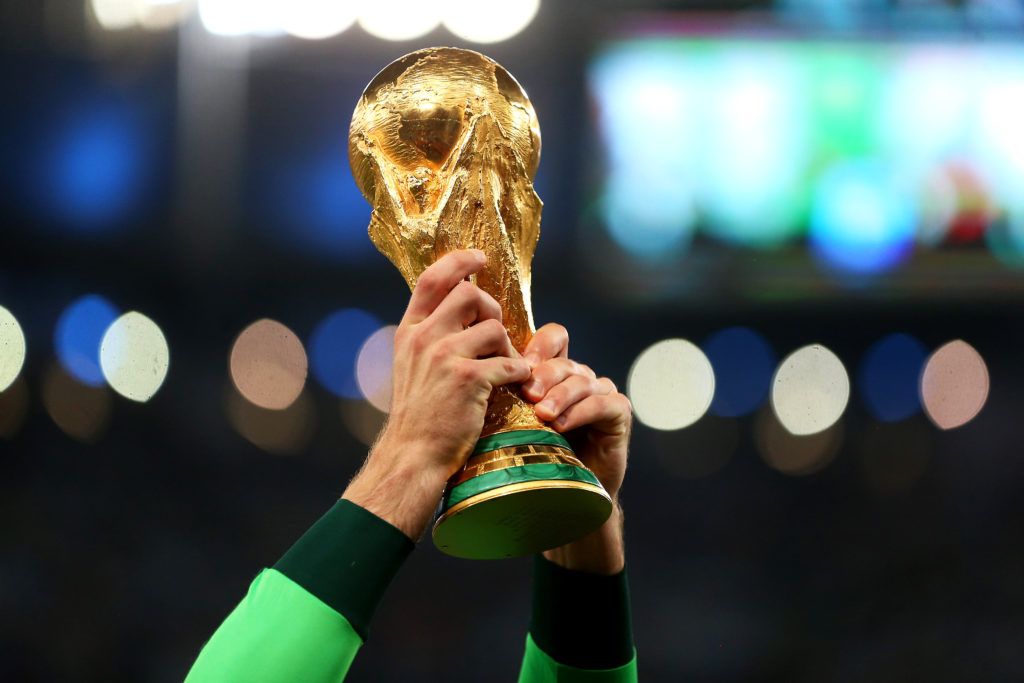 Leo Varadkar has backed a proposed joint bid by the UK and Ireland to host the 2030 World Cup, in what would be the tournament’s centenary year.

The Tánaiste said the bid by the Republic, England, Scotland, Wales and Northern Ireland would be “something for us to work towards together.”

A feasibility study is currently under way and will continue before the formal bidding process begins next year, with Boris Johnson also giving his seal of approval.

Great to see this coming together. Something for us to work towards together. Would be a real festival of football https://t.co/XYXYlAAI2S

Writing on Twitter on Tuesday morning, Mr Varadkar said: “Great to see this coming together. Something for us to work towards together. Would be a real festival of football.”

The bid was announced in a joint statement by the football associations of all five nations on Monday night.

Ireland’s Minister of State for Sport Jack Chambers said the British and Irish Governments will embrace the bid “in a really positive way”.

Competition for the hosting rights to the 2030 World Cup is expected to be fierce as it will mark 100 years since the very first tournament was held in Uruguay.

Football associations will be able to lodge bids at any stage between 2022 and 2024.

Mr Chambers said: “We are at an early stage of this process. But the fact that we have an ambition across the two islands, to try and work together to bring one of the biggest tournaments in the world to our shores I think is really positive.

“We’ll do everything we can to work with the different Football Associations and the British government to try and advance this in a positive way.”

A major events division was created in the Department of Sport during Ireland’s ultimately unsuccessful bid to host the 2023 Rugby World Cup.

Mr Chambers said a significant amount of the 6 million euro budget for that division will be put towards the World Cup bid.

He told RTÉ’s Morning Ireland: “We’ll be purposing a significant amount of that into our engagement and collaboration with the British government.

“The exact amount that’s required in terms of the feasibility process is being worked through.

“But we won’t be found wanting when it comes to putting our best foot forward and to hold the feasibility and viability process of this bid.

“I think it’s something that we can be incredibly positive about.”

Asked about the use of GAA stadiums such as Croke Park and Páirc Uí Chaoimh for the bid, Mr Chambers said: “We’d need obviously significant co-operation, and there is great co-operation anyway, between the great governing bodies of sport.”

In an interview with The Sun, UK prime minister Boris Johnson said: “We are very, very keen to bring football home in 2030. I do think it’s the right place.

“It’s the home of football, it’s the right time. It will be an absolutely wonderful thing for the country.”

“We will continue to undertake feasibility work to assess the viability of a bid before Fifa formally open the process in 2022.

“Staging a Fifa World Cup would provide an incredible opportunity to deliver tangible benefits for our nations.

“If a decision is made to bid for the event, we look forward to presenting our hosting proposals to Fifa and the wider global football community.”