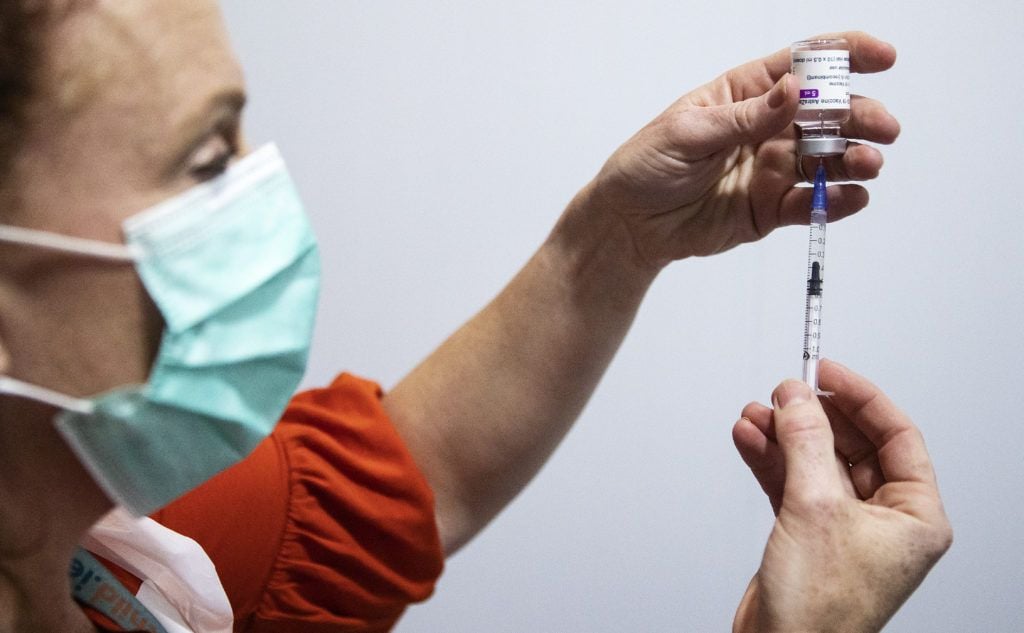 People aged 39 will be able to register today for vaccination, with those aged 38 from tomorrow, 37 from Tuesday, 36 from Wednesday, and those aged 35 from Thursday, June 24th.

As The Irish Times reports, A total of 3,434,053 doses have been given with more than 60 per cent of the population having received at least one dose and 31 per cent fully vaccinated.

The HSE’s chief clinical officer Dr Colm Henry said on RTÉ’s Brendan O’Connor show that all first doses of 40-49 age group is expected to be completed in the next couple of weeks, with their second dose of mRNA vaccine a month later.

He expects all the 30-39 group to receive their first jab by the end of July or the start of August, with the 20-29 group getting their first jab after that. Dr Henry said he was “confident based on current supplies” that the cohort can be done by September.

It comes as another 393 cases of Covid-19 were confirmed in the State by the Department of Health on Saturday afternoon.

There are 14 patients in ICU related to coronavirus with 48 in hospital because of the virus.

Tánaiste Leo Varadkar said on Saturday it would be “unfair” to ask young people to wait until they were fully vaccinated before travelling abroad.

Earlier this week, chief medical officer Dr Tony Holohan said he would advise people not to travel overseas unless they were fully vaccinated.

Speaking on Saturday, Mr Varadkar said he understood Dr Holohan’s position, but added he did not think that was fair on young people.

“We think it would be very unfair, if you haven’t had the opportunity to become fully vaccinated, like younger people, that they would not be allowed to re-enter the country if they left,” Mr Varadkar said.

“That’s why we’ve agreed this other regime that allows them re-enter the country if they have a negative test … so that’s the plan in terms of Government policy,” he said.

Armed police respond to reports of man with axe in Swansea

Wales innomin - July 28, 2021
0
Armed police swooped on a Swansea street after reports of a man armed with an axe. Officers responded to calls...

Ireland innomin - July 28, 2021
0
The number of people in Ireland claiming the Pandemic Unemployment Payment (PUP) fell below 200,000 for the first time since the payment was introduced last...

Wales innomin - July 28, 2021
0
Boris Johnson stressed the need for caution despite recent falls in the number of coronavirus cases as he warned that the...

Armed police respond to reports of man with axe in Swansea