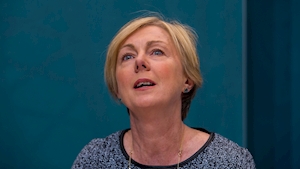 Social Protection Minister Regina Doherty wants a root and branch reform of how sports grants are allocated and says clubs should not be excluded over “the need to look after the disadvantaged”.

Ms Doherty also confirmed to the Irish Examiner that there has been internal strife in Fine Gael and at Government level over how sports grants were announced for clubs and counties last week.

“I would have liked to have gotten the information when everybody else did,” she said. “Apparently, there was trouble over people getting it early. People then rang clubs with the news. But that doesn’t work.”

Ms Doherty said there was “spit and hair flying” in different constituencies when Fine Gael party members were out canvassing over the weekend, in relation to the selective early leaking of grant details.

But she has also called for an overhaul of the sports grants system and confirmed she did question Sports Minister Shane Ross about small amounts allocated to clubs in her areas in Meath East.

She said that Mr Ross had explained that the grants were targeted at disadvantaged areas, at clubs that share facilities with others, and at large populated areas. But she said: “You don’t exclude people who pay taxes as there is a need to look after the disadvantaged.

Ms Doherty said it was believed all Dublin clubs had received the amounts sought and this was “not good enough”.

She also believes the annual tussle among politicians for sports grants details in order to be the first to tell clubs should end.

“Everyone should get them at the same time. People shouldn’t be scrambling. I would have liked to get details when everyone else got them,” she said.

It is understood that Ms Doherty was annoyed as she got details of the sports grants from her press office only on the Friday morning.

Elsewhere, Fine Gael sources confirmed Galway West TD Hildegarde Naughton was also irate that constituency colleague and Independent TD Noel Grealish had managed to get details of grants ahead of their release and put them out online.

It is understood that Mr Varadkar was told by the junior sports minister that there may be less amounts going to clubs in Dublin West.

Mr Griffin, sources confided, told his party leader that there needed to be a “rebalancing” with grants going to rural areas and less amounts going to Dublin areas.