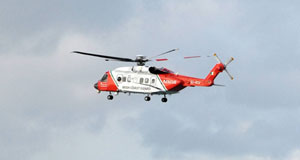 Two kayakers have been rescued off the coast of Co Cork this afternoon.

The Valencia Coast Guard received a call at around 12.30pm, stating two kayakers had gotten into difficulty and that one was injured.

The Coast Guard helicopter Rescue 115 responded to the call, in which the two people were located at the base of a cliff at Dunworley Head.

Rescuers ascended the cliff and retrieved the two kayakers, with one being taken to University Hospital Kerry for treatment for head injuries.

This follows an earlier incident in which the Irish Community Rapid Response air ambulance was called to Baltimore, Co Cork after a jet skier was injured.

UK News innomin - August 5, 2020
0
Today’s announcement that restrictions will be imposed in Aberdeen from 5pm now for at the very least the future 7 days will appear...