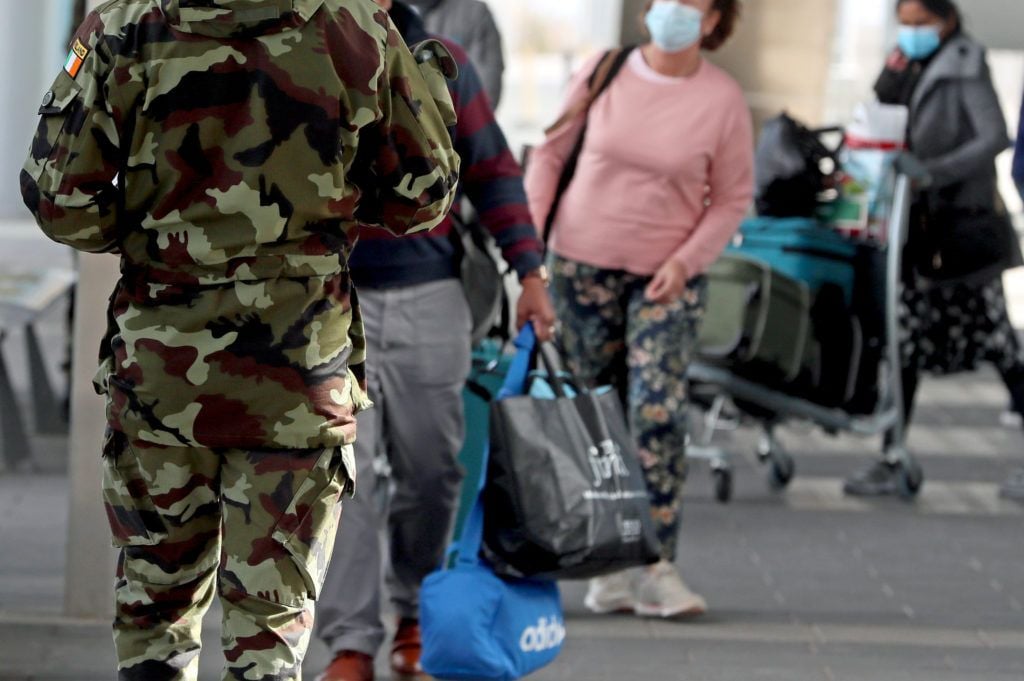 Two further challenges have been brought on behalf of persons who are undergoing mandatory quarantining at Dublin hotels.

In the first of the actions that came before the court on Tuesday Mr Justice Brian O’Moore heard that if Emma Kelly’s Covid-19 test, which taken on Tuesday morning, is negative, then she will be allowed leave the Crowne Plaza Airport Hotel in Dublin.

Ms Kelly has been in quarantine since she came home from Dubai, to assist her family as her father undergoes surgery for cancer, on April 3rd.

The outcome of Ms Kelly’s test is due to be known about 8pm on Tuesday night, the court heard.

The judge, who said that there is no guarantee as to the outcome of the test, has directed an inquiry under Article 40.4.2 into Ms Kelly’s detention.

Ms Kelly’s actions is due back before the court on Wednesday morning.

In addition, the judge also adjourned to Wednesday morning applications for similar inquiries brought on behalf of two other women currently quarantining at designated hotels.

Proceedings have been brought on behalf of Ballyfermot woman Philomema Meredith, who has been in quarantine since April 10th last after returning from Dubai where she had been visiting an ill relative.

Represented by Conor Power SC, the court heard that healthcare worker Ms Meredith is fully vaccinated and has twice tested negative for covid-19 in recent days.
She requires medicines to treat a number of health conditions she has, and has sought to have her quarantine reviewed.

The second application has been brought by South African native and Irish resident Charlene Heyns, who returned to Ireland from South Africa on April 9th last.

Mr Power for Ms Heyns, a healthcare worker based in Letterkenny Co Donegal. said she had been in South Africa undergoing some urgent medical treatment.

Counsel said that she has a cardiac condition, and is distressed and concerned at having to quarantine in the hotel room by herself given her medical history.

Counsel said that she has got her first shot of a two-dose vaccine and has twice tested negative for Covid19 in recent days.

Mr Power said while they are separate actions it is both their cases that they are being detained, and that their detention is unlawful.

Their applications are all against hotel operators Tifco Ltd and Tifco Management Services (Ireland) Ltd, and the Minister for Health.

Both those applications came before the court on an ex-parte basis.

The Judge who adjourned the cases so that the applications for inquiries can be heard in the presence of lawyers for the state, made a general observation about the financial implications for those taking such challenges.

The judge said that as a general observation, there was no guarantee that each and every application seeking an inquiry would be awarded their legal costs.

There was he said, “no open goal to shoot into” and while some other applicants had been successful in their actions, others may not be and could be exposed to significant legal costs.