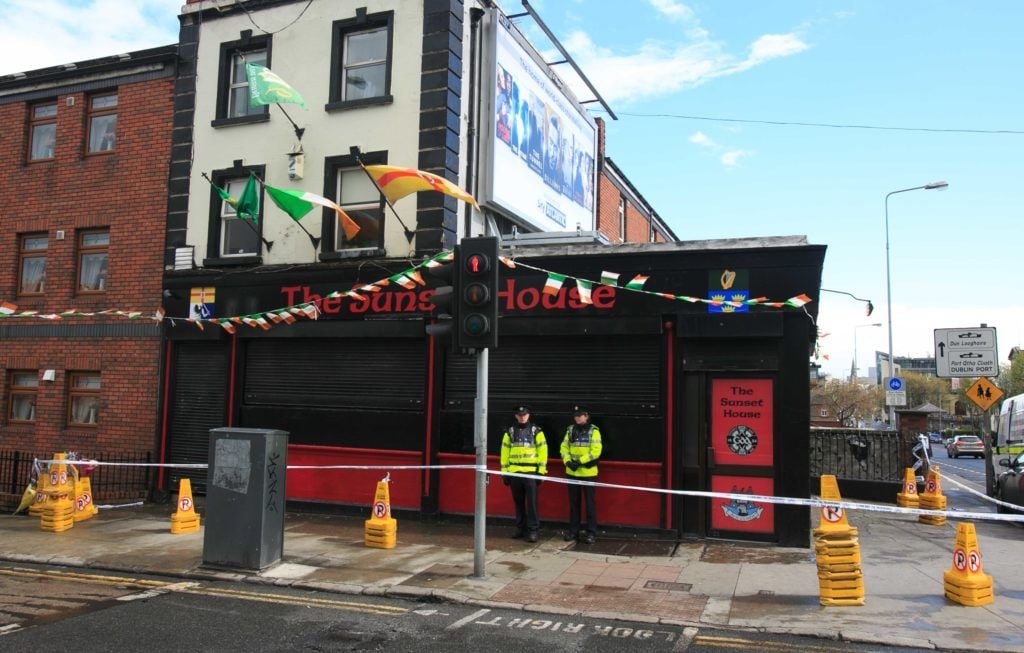 A third man has been charged with the murder of Michael Barr who was shot at the Sunset House pub in Dublin almost four years ago.

Christopher Slater (36) from Carnlough Road, Cabra, Dublin 7, was arrested on Monday and held at the Bridewell Garda station under Section 50 of the Criminal Justice Act, 2007.  He was charged on Tuesday night and appeared before Judge Conal Gibbons at Dublin District Court today.

Mr Slater, who was wearing a face-mask, a black top, green body warmer, dark tracksuit bottoms and runners, sat silently at the side of the courtroom. Evidence was given by Detective Garda David Chapman. He said he arrested Mr Slater for the murder of Mr Barr.

The accused made “no reply” when cautioned and charged, and he was handed a true copy of the charge, the detective told the court.

Judge Gibbons agreed to Detective Garda Chapman’s request to remand Mr Slater in custody to appear at Cloverhill District Court on Tuesday. Defence solicitor Eoghan O’Sullivan said he had no questions for the garda and added that his client will appear via video-link at his next hearing.

He asked the court to recommend that his client would be held at Mountjoy Prison, but the judge said that was a matter for the Prison Service to decide. A bail application in a murder case can only be made in the High Court. Legal aid was granted after the judge noted Mr Slater was not in receipt of an income.

Mr Slater has not yet indicated how he will plead. A book of evidence has to be prepared by the prosecution.

Michael Barr (35) from Co Tyrone was fatally shot on April 25th, 2016. He was gunned down at the Sunset House pub, on Summerhill Parade, in the north inner city, where he worked as a manager.

The father-of-five was shot seven times, five times in the head, and became the seventh victim of the Hutch-Kinahan feud.

In 2018, hitman Eamon Cumberton (33) of Mountjoy Street, Dublin 7, was jailed for life after he was convicted of the murder, at the non-jury Special Criminal Court. Cumberton, who had 37 previous convictions, had denied the charge.

Accomplice, David Hunter (42) from Liverpool and with a prior address at Du Cane Road, White City in London, was later jailed for life for taking part in the murder.
A third man, Martin Aylmer, was jailed for three years for helping an organised crime gang commit the murder.