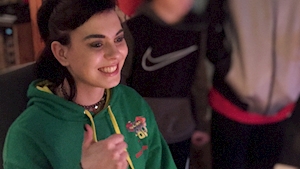 The Central Criminal Court has heard the earliest possible release date for Boy A and Boy B following the Ana Kriegel murder trial.

On Tuesday, Boy A received a life sentence for murdering the 14-year-old schoolgirl, while Boy B was sentenced to 15 years detention.

The Judge has today ordered that a series of progress reports on both boys be carried out every two years during their periods of detention.

He said that the court needs to be fully informed of efforts made by the boys towards rehabilitation when their respective review dates arrive.

The reports will include updates on their educational, psychological, and psychiatric progress.

Mr Justice Paul McDermott said the furnishing of reports is not for micromanaging the boys’ sentences, but for courts to have a clear view of what happens during the course of their detention.

Both boys will be transferred to adult prisons when they turn 18 in 2022.

Wales innomin - January 21, 2020
0
A Cardiff school is celebrating after an entire class of GCSE pupils received A* in maths. The 30 pupils at Fitzalan...

Wales innomin - January 21, 2020
0
Heightened precautions are being taken in China and elsewhere as governments strive to control the outbreak of a novel coronavirus that...

10 surprising things you can find in a zero waste supermarket

Wales innomin - January 21, 2020
0
In regular supermarkets, excessive packaging is everywhere you look and it can be extremely difficult to make a meal without also...

10 surprising things you can find in a zero waste supermarket