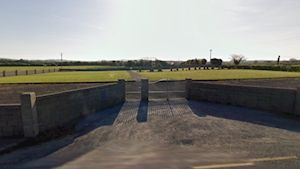 Gardaí have launched an investigation after a baby’s grave was vandalised in Co Limerick.

Baby Gary McDonagh passed away in August last year and is buried at Taylor’s Cross in Fedamore.

Last Friday, ornaments around his grave were smashed and a cross was taken and dumped at his grandmother’s home nearby.

His father, also named Gary, says it’s disturbing to think someone could do this to an innocent child’s resting place.

“What actually happened is I walked out my mam’s front door and the cross was sitting in our yard,” he explained.

“(It was) brought down to my mam’s and thrown over the wall.”

Mr McDonagh added that angels and flower pots placed at the grave were smashed.