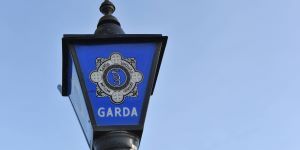 A teenage boy has been charged after a garda’s home was petrol bombed in Dundalk, Co Louth earlier this month.

The garda’s wife and two children were at home in Bay Estate at the time of the attack on June 7.

A teenager was arrested and released without charge at the time.

Following direction from the DPP, the suspect has been charged and is due before Dundalk District Court this morning.

Ireland innomin - July 28, 2021
0
Liam Campbell, who was found civilly liable for the Omagh bombing, is to be extradited to Lithuania, where he is suspected of international...

UK News innomin - July 28, 2021
0
The 12 administrators of children’s products and services in the north-east of England have warned that “shameful” stages of poverty in the region...

Wales innomin - July 28, 2021
0
Naming your dog is a pretty big decision and it can be tricky to settle on the best choice, especially if...

Liam Campbell to be extradited to Lithuania on international weapons smuggling...

‘Shameful’ stages of poverty in north-east of England driving rise in...

The best Welsh names for your dog and the meanings behind...