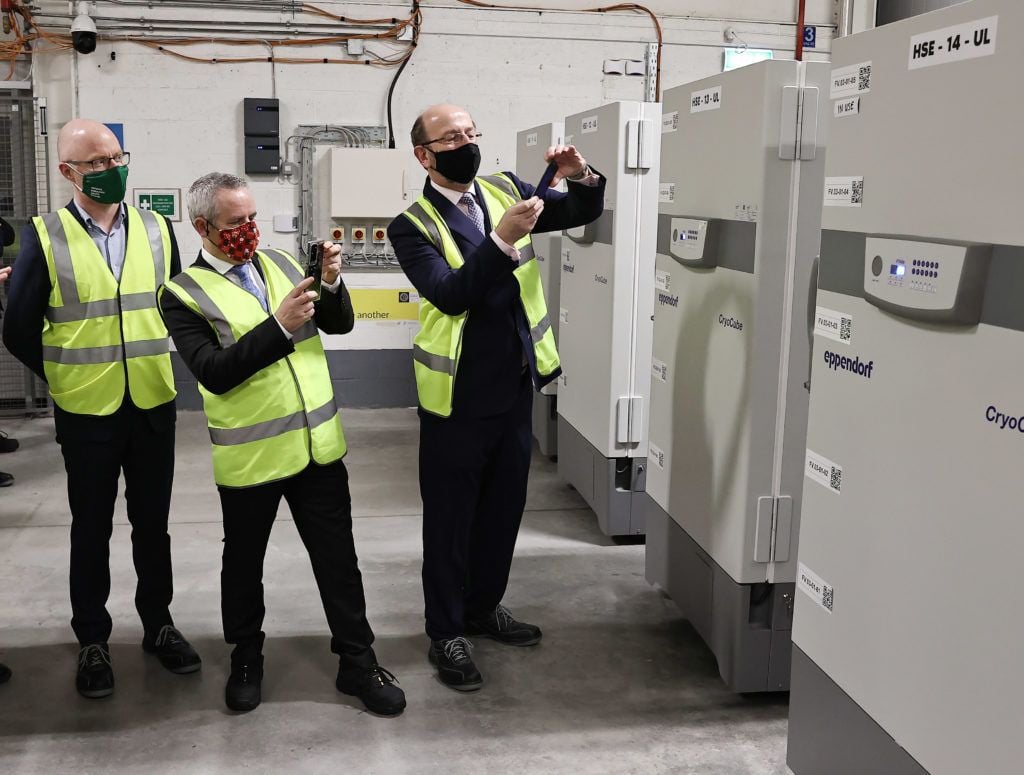 Professor Brian MacCraith, chairperson of the High-level Task Force on Covid-19 Vaccination, has described the first shipment of the Pfizer/BioNTech vaccine as a “bright new dawn of hope”.

The roll-out of the vaccine is set to begin on December 30th, with frontline healthcare workers and nursing home residents set to be inoculated against the virus first.

The Pfizer vaccine has to be kept at a temperature well below zero and it is being stored in special low-temperature freezers at the National Cold Chain Centre.

Prof MacCraith said:“After a truly horrible year, today’s arrival represents a bright new dawn of hope. It’s a gateway of opportunity for Irish people to protect themselves against this awful virus.”

Minister for Health Stephen Donnelly said: “After a difficult and different Christmas for many people, it is wonderful to see the first deliveries of Covid-19 vaccines to Ireland today. The arrival of these vaccines to Ireland is a significant and positive step forward after a very challenging year.

“I want to acknowledge the hard work of teams in my Department, across government, the HSE and by several other stakeholders in getting us to this point. The Pfizer-BioNTech vaccine Comirnaty was rigorously tested by the European Medicines Agency and was found to be safe and effective. It is a massive achievement by the scientific and medical communities. This vaccine will save many lives.”

Meanwhile, Taoiseach Micheál Martin has warned normality will not return for at least six months in Ireland.

Mr Martin said that initial phase would make a “significant difference” and protect the most vulnerable.

He added: “Certainly manufacturing of the vaccine will be ramped up, certainly from March onwards.”

Mr Martin said May and June had been identified as “critical” months.

“From the summer on we will see a degree of normality but I cannot be definite about that.”