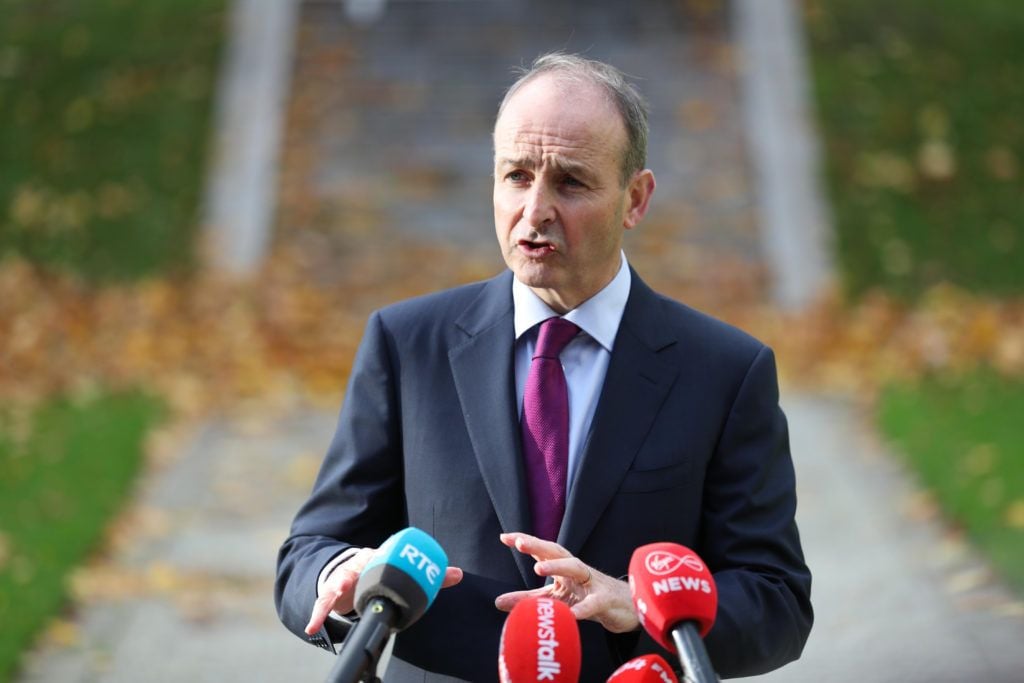 The Government does not anticipate any “obstacles or barriers” to the publication of the final report of the Mother and Baby Homes Commission, the Taoiseach has said.

Micheál Martin also said he was not ruling out a State apology to the survivors of the institutions.

The Commission of Investigation into Mother and Baby Homes was due to submit its final report to Minister for Children Roderic O’Gorman on Friday afternoon after five years of work.

The report, which stretches to 4,000 pages, will be published after it is reviewed by the Attorney General.

The Taoiseach said he intends to publish the document, which includes testimonies of women who lived and worked in the mother and baby homes between the 1920s and 1990s, “as soon as possible”.

The move came after a massive public outcry from survivors, campaigners, opposition parties and the general public this week over the Government passing controversial legislation that would allow a database created by the Mother and Baby Homes Commission to be sent to child and family agency Tusla.

The Government is said to have been taken aback by the strength of feeling on the issue and, at a lengthy Cabinet meeting on Wednesday, it decided to address the concerns.

Mr Martin said: “It is our intention to publish this because the whole purpose of establishing the commission was to tell as comprehensive a story as possible of what I regard is a very shameful and dark period in our society and country’s history.

“My understanding is that it’s over 4,000 pages long and that suggests a very comprehensive review by the commission. That story deserves to be told and needs to be told and shared with the people of Ireland. That’s my objective.

“I anticipate that we will publish this as soon as possible.”

He made the comments on Friday after holding a meeting with community volunteer groups and local authority staff at Dublin City Council offices where he acknowledged the vital work they are undertaking in the midst of the pandemic.

Asked whether there would be a state apology to the survivors of the mother and baby homes, Mr Martin said he was “ruling nothing out”.

The Cork South-Central TD said the Government would be making a “very comprehensive response” in time and that he did not want to “pre-empt” the report.

“We certainly won’t be found wanting in terms of a comprehensive response,” the Taoiseach said.

Mr Martin also said he had a “constructive meeting” on Friday morning with mother and baby homes representative groups about policy matters and the legislation that is needed to give statutory access to the records of those affected.

The Taoiseach said they also discussed the Government’s plans to create an archival centre to house documents relating to mother and baby homes, the Magdalene Laundries and industrial schools.

He committed to making such a centre “a reality” to ensure future generations understand what the “survivors and those who went through these institutions went through”.

Measures announced on Wednesday included ensuring survivors could access their records – one of the key concerns about the Bill.

The Government had previously argued that, under the Commission of Investigation Act 2004, the records must be sealed for 30 years.

What we’re committed to as a Govt is that all these records, from the Mother and Baby Homes Commission & previous inquiries, should be properly archived in a dedicated centre that will facilitate research and help tell the story of this dark chapter of our past. pic.twitter.com/xRJa5G4pfB

The Data Protection Commissioner had disputed this, saying there could not be a “blanket” ban on access to records. It said this permission should instead be determined by the EU’s General Data Protection Regulation (GDPR).

On Thursday, the Taoiseach said the Government had “no agenda to bury anything” related to the mother and baby homes.

Instead Mr Martin said he wants “openness, transparency and honesty” and to “shed a light” on the abuse.

The Fianna Fáil leader said “genuine motivation” had been behind the Government passing legislation relating to the mother and baby homes inquiry.

“That was not the motivation behind the legislation, yet there was a whole social media campaign alleging that.

“That was not correct.”

No agenda to bury anything on Mother and Baby Home…

Mr Martin insisted the records would have been destroyed if the legislation had not been passed before the end of October.

The commission was set up to gather information from anyone who was resident in or who worked in 14 mother and baby homes and four county homes across the country.

It was also tasked with investigating and reporting on the burial arrangements of children and mothers who died while living at the institutions.