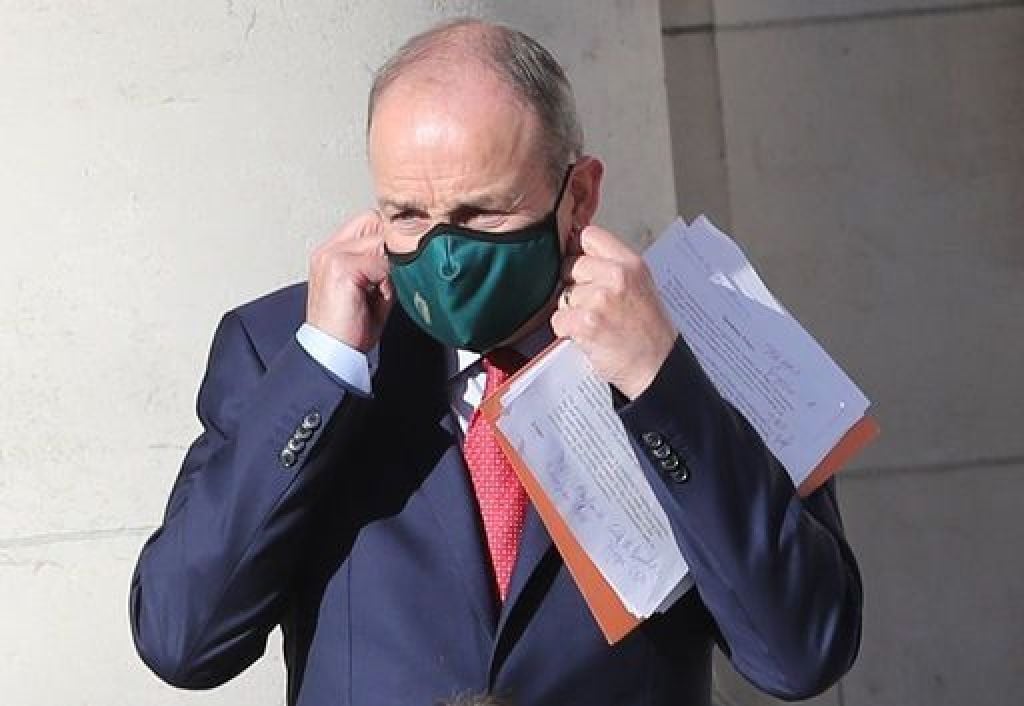 The Taoiseach has defended the Government’s plan to reduce Covid-19 cases after it introduced new restrictions on travel and extended the lockdown.

Micheál Martin said he will do “whatever it takes” to keep numbers down, telling the Dáil there will be “no half measures” to ensure a “prolonged suppression” of Covid-19.

Mr Martin was responding to criticism from the leader of the Opposition, Mary Lou McDonald, in the Dáil.

The Government on Tuesday announced that Ireland’s third lockdown is to be extended until March 5th, and also introduced tighter travel restrictions.

The new measures include mandatory quarantine at a designated facility for people who arrive in Ireland without a negative PCR test taken in the past 72 hours. All passengers entering the country will be subject to mandatory quarantine — a change from the policy of voluntary self-isolation.

Mr Martin said: “I want to make a very clear that there will be no half measures from me as Taoiseach, or from Government, in ensuring a prolonged suppression of this virus.

He told the Dáil that Ireland cannot allow daily cases to return to the levels of recent weeks.

“What we have now which we didn’t have last year is the vaccination. The evidence base for the vaccines is they prevent mortality and they prevent illness,” he added.

“I think that will give us choices towards mid-year when we will have significant numbers vaccinated.

Sinn Féin president Mary Lou McDonald accused the Government of introducing half measures, and criticised the Government’s quarantine plans, saying all arrivals on the island should be forced to isolate for 14 days.

“What we got is a Government that is clearly at sixes and sevens, with no idea of how to proceed beyond March 5th,” The Dublin Central TD said.

“A Government that yet again has failed to prepare, failed to consult and failed to plan. So instead of a real plan, you have presented half measures that simply don’t go far enough.

“At your press conference, contradiction and confusion between ministers was rife and clarity and certainty was in very scarce supply.

“This absence of urgency, of leadership and plain common sense, quite frankly, has caused huge alarm for many people.”

Ms McDonald said the “biggest mess” from the Government’s announcement was its proposals on international travel, which she said “not only goes against public health advice, it goes against common sense.”

“It’s not a system of mandatory quarantine. It is in fact one of voluntary self-isolation and you propose to send people back to homes and other accommodation with other people — people who may be going out to work, people who will go into our shops and stores and therefore risk the spreading of this virus,” she added.

“That to me is absolutely crazy.”

Health Minister Stephen Donnelly earlier said that September remains the “aspiration” to have every person in the country vaccinated, despite issues around supply.

He said the vaccination programme is “going well”, but delays to the supply of the AstraZeneca vaccine could hamper the Government’s timeframe.

Separately on Wednesday, a Government official said there was “no shame” in contracting Covid-19 amid soaring community transmission rates.

One in every 76 people in Ireland had now received a positive diagnosis for the disease, assistant secretary general at the Department of the Taoiseach, Elizabeth Canavan said.

Dr Tony Holohan, chief medical officer, said more Covid-19 cases had been reported in the month of January than all of 2020.