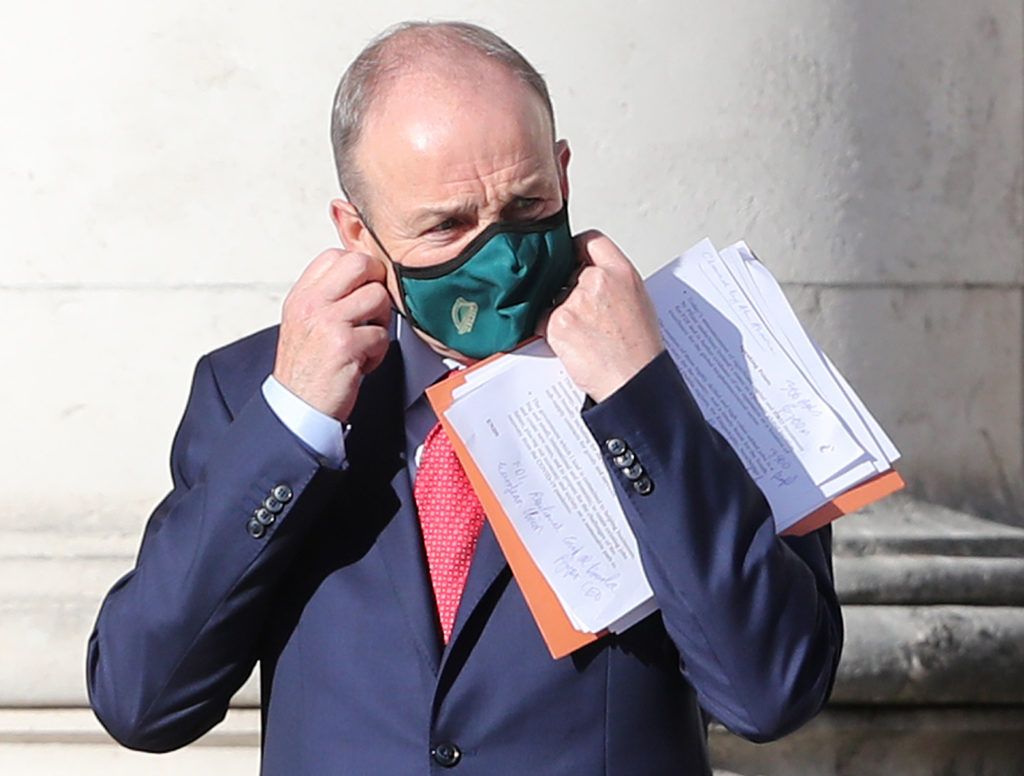 The Taoiseach has been accused of setting a “dangerous precedent” over his handling of the Seamus Woulfe controversy.

Micheál Martin faced further criticism from the opposition over his decision not to ensure Justice Minister Helen McEntee comes before the Dáil to answer questions relating to the appointment of Justice Woulfe to the Supreme Court.

Ms McEntee has offered to answer questions about the appointment of Justice Woulfe on December 1st through the process of ministerial parliamentary questions — whereby members of the opposition have to submit questions to the minister in advance.

Social Democrats TD Róisín Shortall said the Dáil and the public were entitled to know the process behind the appointment made to the Supreme Court.

We have to end the charade

She said: “We have to end the charade of the minister talking about coming in and answering questions under the regular arrangements in respect of oral questions. That just does not wash. It is not acceptable by any standards. You need to end that charade.”

“You are continuing to damage the relationship and the reputation not only of this house, but the judiciary also.”

Labour leader Alan Kelly said: “Let me call a spade a spade here. You’re creating the most dangerous precedent I have seen in this house since I came in.

“No minister will be accountable in here if this is what you as the Taoiseach of Ireland allow to happen. Who will be the next minister who has questions to answer who is struggling on something. He won’t be coming before the Dáil.”

He added: “This will get sorted out one way or the other.”

Sinn Féin leader Mary Lou McDonald said there were very serious and pressing questions that needed to be put to the Justice Minister.

“The fact that the Minister for Justice will not make herself available to make a statement and take questions is shocking and unacceptable but what is much worse is that the Taoiseach would facilitate that behaviour,” she said.

That has been my motivation from the beginning

The Taoiseach told the Dáil that he had already answered questions on the matter, as had the Tánaiste, and that anything beyond that would be a breach of the separation of powers.

He added that Justice Woulfe had been recommended by the JAAB, which had a “significant body of opinion” behind it.

Third lockdown may be ‘necessary’ in new year, Var…

Mr Martin said the minister would be coming in to answer “normal questions” on the matter.

He also defended his own handling of the controversy, saying: “My overarching objective in the context of this entire situation and particularly the publication of letters between the Chief Justice and Justice Woulfe has been to uphold the separation of powers between the Oireachtas and judiciary.

“I take that very seriously. And that has been my motivation from the beginning in terms of the handling of this issue.”

Wales innomin - January 27, 2021
0
Police are dealing with an incident at an industrial estate where the Oxford-AstraZeneca vaccine is produced in Wrexham. Photos show police at the...

Ireland innomin - January 27, 2021
0
Tributes have been paid to a long-serving doctor in Dublin, who may be the first general practitioner (GP) to die with Covid-19 if...

Tributes paid to ‘kind’ doctor who may be first GP to...