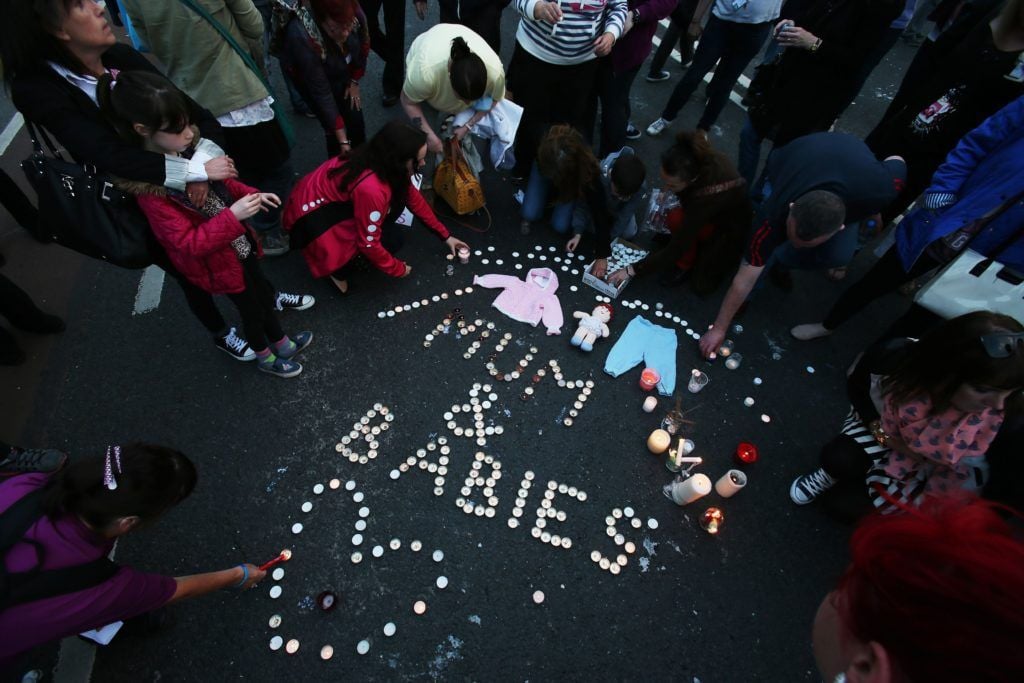 Survivors’ groups are considering a legal challenge to the controversial mother and baby homes records legislation.

Protestors staged a demonstration outside Aras an Uachtarain on Monday after President Michael D Higgins signed the Bill into law.

He highlighted concerns that “are serious and must be addressed” about the legislation, but said it did not raise a constitutional issue suitable for referral to the Supreme Court.

This has left the door open for groups to challenge the law by judicial review.

KRW Law, a group of human rights lawyers representing some of the survivors, said this is under consideration.

Solicitor Owen Beattie said: “The president’s decision to sign this legislation leaves it open to any citizen to challenge the provisions of the Bill in the future.

“We are now considering with those we represent whether or not to issue a legal challenge to the Bill by way of judicial review.”

The Bill transfers a database of 60,000 records, created during a five-year inquiry into the homes, to Tusla, the child and family agency.

The data was gathered by a commission established under the 2004 Commissions of Investigation Act, which stipulates that commission records must be kept under wraps for 30 years.

Majella Connolly, an adoptee from the St Patrick’s Mother and Baby Home in Dublin, was among dozens of protesters on Monday.

She said she felt “let down, betrayed and rejected by the Government”.

Ms Connolly said she was never informed that the records could be sealed when she came forward to give evidence to the inquiry.

She told the PA news agency: “Was I told? No, God no. Not at all. None of us were told that it would be destroyed, that we wouldn’t get to read the evidence. No, we were never told that.

“It’s terrible that we’ve had to come out today to fight to be able to get my basic information, to find out who I am and where I came from.”

Ms Connolly recounted how she was taken from her mother at around six weeks old and placed for adoption.

She said: “I grew up in Ireland as an adoptee, not knowing my basic information. Not looking like anybody.

“My first blood relation that I met was on the day of the birth of my son. I’ve grown up not knowing really who I am or where I’ve come from.”

Former Solidarity TD and activist Ruth Coppinger said the legislation was “re-traumatising” victims and called on the Government to take action.

She said: “It can’t be left to some poor unfortunate to take a costly and lengthy legal case. The Government has to act here and has to listen to the groundswell of people on this issue.”

Thousands sign petition calling for seal to be lif…

While the Government has insisted the Bill provides access for survivors of mother and baby homes, this claim has been disputed by opposition TDs, survivors, legal experts and academics.

Children’s Minister Roderic O’Gorman previously said: “Under current law, the commission feels it is obliged to delete this data – that is why we have to change the law so the data can be saved.”

More than 140,000 people signed a petition calling for the seal to be removed on the documents.