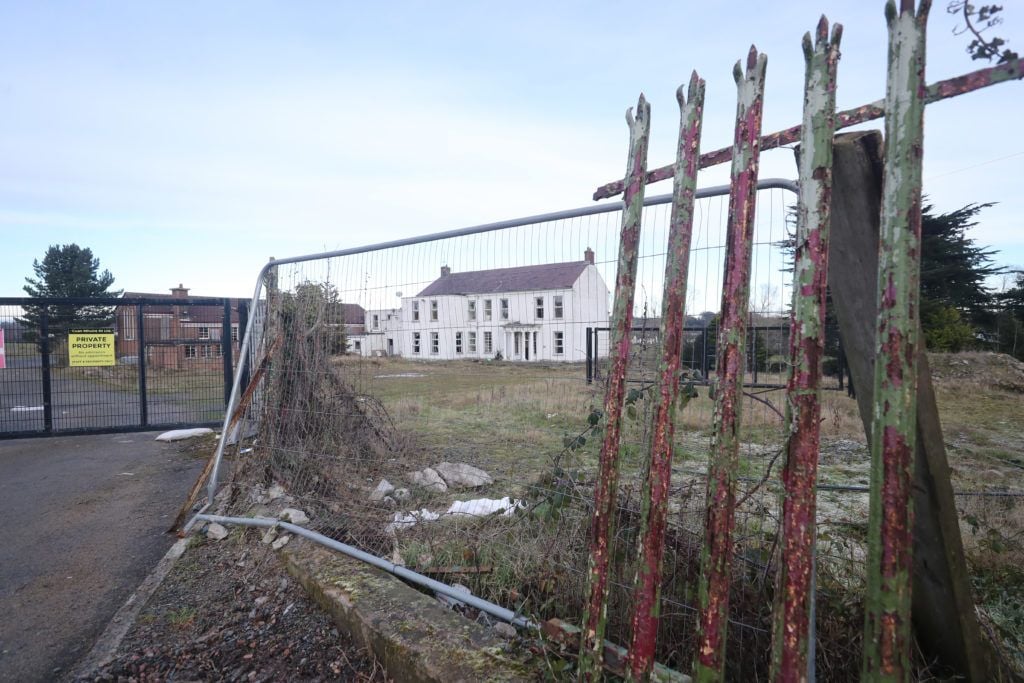 A Northern Ireland woman has recalled spending months at a “hellhole” institution for unmarried mothers and babies.

Adele, 69, was sent to the Marianvale home in Newry, run by the Good Shepherd Sisters, at the age of 17 after becoming pregnant.

“When my mother found out, wheels were set in motion and I was duly shipped off,” she said.

“I was picked up in a car with the parish priest and taken there. I hadn’t a clue what was going on.

“I was told there were no other options, your child will be adopted and you’ll stay here. That was reinforced by the nuns and my mother.”

Adele believes she stayed for around 12 weeks and described Marianvale as a “hellhole”.

“There was no physical abuse, I wasn’t beaten, but it was mental, coercive behaviour,” she said.

“We were told we were fallen women, bad girls, we had to pay for our sins. This constant drip, drip of you weren’t good enough.

“We had to do physical work like scrubbing floors on our hands and knees, washing windows. The day was around work and we had to go to church whether we wanted to or not.

“We were stripped of our names and given different names. We weren’t allowed to talk to each other, but of course we did.”

Adele said they were given no guidance ahead of childbirth or how to care for a baby, and did their best to teach each other.

“When my son was adopted, I went home the same day and it was never spoken of again,” she said.

“When I go past that place, which isn’t too often, I shudder.”

Adele was reunited with her son 10 years ago.

“I had always wondered did he have a good life,” she said.

“So when I got the letter from him, it was the most unbelievable day. There were so many mixed emotions. I was happy, I was sad, ecstatic, worried, afraid. It was like a volcano erupting. When I finally got to meet him, the connection was there. I said afterwards, ‘I can die happy now’.

“We’re still in touch, its been very positive.”

Adele said her motivation in speaking publicly is to give a voice to women who do not feel able to.

“There are some who may have never even told their families, they have gone on, got married, had children and told nobody,” she said.

“That’s why I think so many won’t speak out and one of the reasons why I am speaking out because I feel I can do it.

“That is what is driving me, maybe there are other women out there who will feel like they can come forward or speak to someone and to help them.

“I have nothing to lose anymore, I am coming 70 and have lived with this since I was 17.

“Now is the time to speak out and ask for these people to be held accountable for what they did, and the abuse. It was systemic abuse, and sanctioned by the government.”

Thousands of women in Northern Ireland are believed to have gone through mother and baby homes and Magdalene Laundries run by both the Catholic orders and Protestant clergy.

Adele said they need to be held to account.

“Most of those that run the homes are probably dead by now, but the orders themselves have to be held up to scrutiny because they facilitated it. They have to answer,” she said.

“An apology doesn’t butter bread, they need to be held accountable and the only accountability is in their pockets.

“To me they profited by our misery and caused heartbreak.”

Man arrested after gardaí discover drugs worth €123,000 at property

It is really grin out there: why have lockdown deniers co-opted the smiley deal...

UK News innomin - February 27, 2021
0
It was an emoji before emojis have been born – an early viral image of the media age. The smiley can almost certainly...

‘It’s not going to be life as normal’ Teaching leader warns not all secondary...

Wales innomin - February 27, 2021
0
Geoff Barton, general secretary of the Association of School and College Leaders (ASCL), said not all secondary students in England will...

Ireland innomin - February 27, 2021
0
A dispute over the ownership of a family farm in north Cork is being investigated as a potential motive leading to the deaths...

It is really grin out there: why have lockdown deniers co-opted...

‘It’s not going to be life as normal’ Teaching leader warns...