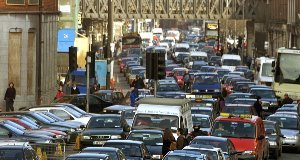 Nearly a third of motorists are spending more time in their daily commute than they were 12 months ago, according to an AA Car Insurance survey.

The survey of more than 6,500 Irish drivers found that 30.29% of those surveyed now spend more time driving to and from work than they were last year.

The research also showed that another 16.04% said it was somewhat true that they spent more time in their cars in their current commute, depending largely on the level of traffic.

Meanwhile, the survey also found signs of a growing reliance on cars, with 20.42% of respondents claiming that they were more likely to use a car for their morning commute than they would have been 12 months ago.

Conor Faughnan, AA Director of Consumer Affairs said: “In recent years the number of those in employment has steadily returned from recession era levels. While this is certainly a positive, it appears that the infrastructure hasn’t yet caught up to the increased volume of people commuting during peak hours.

“And with many public transport options operating at peak capacity during the main morning and evening rush, many are spending longer commuting than they previously have due to increased road traffic.

“Many of those who do drive are conscious of the negative climate and environmental implications of relying so heavily on a car, but often view the alternatives as too unreliable for them to rely on.”

While the survey indicated that car reliance was on the rise, it also found that motorists were willing to switch to public transport if they felt it was reliable.

When asked about their commuting habits, 35.26% of those surveyed strongly agreed that a lack of reliable public transport had left them reliant on a car to get to work, even though they would prefer not to use their car.

Meanwhile, a further 13.63% indicated that they were somewhat in agreement with this conclusion.

Mr Faughnan said: “You only need to look at how full LUAS and major city bus routes are during rush hour, as well as the growing number of those who cycle as their primary mode of transport, to see that where you provide viable alternatives to the car people are more than willing to use them.

“Project Ireland 2040 includes a number of good initiatives such as a LUAS for Cork, a Metro for Dublin and plans for significant increases in funding for cycling infrastructure.

“However, we need to see these efforts carried out in a timely manner and, irrespective of whoever makes up the next government, a change in attitudes at Leinster House where too often the go-to idea in response to congestion has been to simply build more road space.”

The Welsh Government is giving Cardiff Airport a huge sum of money and writing...

Wales innomin - March 3, 2021
0
Cardiff Airport is being given another £42m of taxpayers cash - and another £40m it owes to the Welsh Government is...

Ireland innomin - March 3, 2021
0
Ireland has dropped six places in the ranking of the most attractive work destinations over the past three years according to data from...

The number of deaths related to coronavirus and cases in care homes are falling...

Wales innomin - March 3, 2021
0
The number of reported deaths with coronavirus and positive cases among Welsh care home residents has dropped dramatically in the past...

The Welsh Government is giving Cardiff Airport a huge sum of...

The number of deaths related to coronavirus and cases in care...