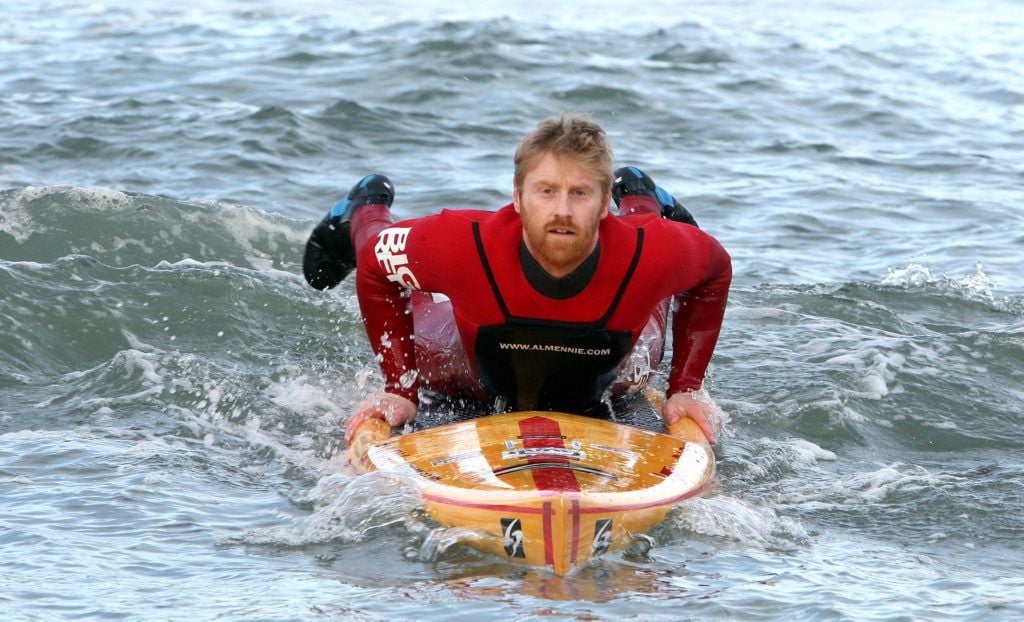 A professional surfer on the north coast has swum 100km in darkness to raise money for a charity that supports people with depression.

Al Mennie (40) took on one of the most challenging stretches of sea around the island for his Swim Through Darkness challenge.

He started on the night of December 1st and swam on average 1-1.5km a night depending on conditions finishing on Sunday under a bright full moon.

He described the effort as to raise awareness of depression during the coronavirus pandemic and so far he has raised more than £15,000 (€17,000) for Aware NI.

Footage from just before last nights full moon Swim Through Darkness. Epic conditions. One more swim and it’s done. If you can donate, tonight is the night to do it 🙏🦑@AwareNI https://t.co/GXlUgfdvQf pic.twitter.com/rk9OFd5p26

Al said every swim was different, with some nights so dark it was completely black whereas other nights the moon was so bright it was like daylight.

“There were two weeks of solid easterly wind, it was actually really great conditions for the swim but it was freezing, the water on the beach at Downhill where the waterfalls come in was frozen solid and it was pitch black,” he told the PA news agency.

“And then the contrast at the weekend with the big bright full moon, it felt almost like it was daylight.

“There were three-four nights that I couldn’t swim because there was a bad north wind but I made up the distance on other nights.

“The longest distance I did in one night was 4km.

“Every so often as I swim along something else comes at me – it’s almost a perfect metaphor for life at the minute, all the different currents and challenges.”

There was also wildlife in the dark waters and Al described being bumped on his legs by surprised fish several times and followed by a curious seal one night.

He has decades of experiences at Castlerock and Downhill beaches, surfing there since he was a child.

In 2011, he became the first person to paddle board across to the Western Isles in Scotland in 2011.

He has also travelled the world surfing and competing, and pioneered big wave surfing in Ireland and in Portugal where some of the biggest waves on the planet break.

“The paddle board to Scotland was for Chest, Heart and Stroke after my dad died, and the swim now is because of the pandemic.

“Being outdoors is key, it lifts your mood, it is a distraction from ordinary life and when you do these challenges outdoors you don’t really have a choice but to keep going and overcome them which is a good life lesson.”

Al was accompanied on his swims by a safety team which included a lifeguard and a paramedic.

“Even though I am very confident in the sea and three decades of experience particularly at the beaches where I am swimming, that experience only prepares me for the unknown,” he said.

“I was uncertain about putting a target on my fundraiser, life is tight for a lot of people at the minute but in a short space of time it crept up and has kept going,” he said.

“For lots of charities there are not as many funds coming in because of the pandemic so I thought I could possibly raise awareness of depression and raise some funds for them.

“Aware NI has moved a lot of their mental health courses online and hopefully this money will mean they can adapt further to the pandemic with not having their offices open and hopefully help more people.”

Al’s fundraising page can be found at justgiving.com/fundraising/al-mennie