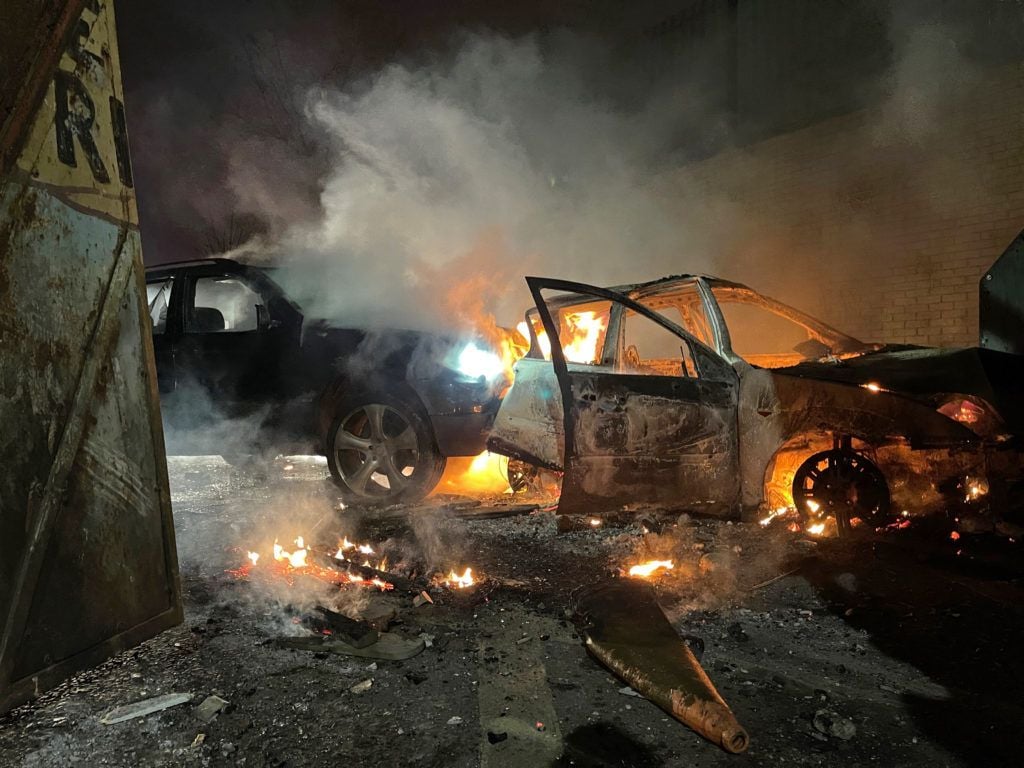 The Northern Ireland Executive is to meet this morning to be briefed on the ongoing unrest seen over the last week.

Leaders will meet for the briefing at 10am, an hour before the Stormont Assembly is to be recalled to discuss the recent scenes of violence in mainly loyalist areas.

News of the meeting was confirmed late on Wednesday night as trouble continued to rage on the streets of Belfast, with Executive members scheduled to debate a motion condemning the recent attacks on police.

Deputy First Minister Michelle O’Neill tweeted: “The Executive will meet tomorrow morning to be briefed on the violence and street disorder which is causing huge distress in local communities at this time.

“Those involved in violence, criminal damage, manipulation of our young people and attacks on the police must stop.”

Violent scenes including attacks on police, petrol bombings and rioting have taken place repeatedly on the streets of Belfast and Derry throughout the past week.

Wednesday night saw a bus hijacked and set on fire, a press photographer assaulted and clashes between loyalists and nationalists at  peace line street that links the Shankill Road with the Springfield Road in west Belfast.

In a statement released shortly after midnight on, the Taoiseach condemed the “violence and attacks on the police that we have witnessed over the last number of days in The North”, adding: “The only way forward is to address issues of concern through peaceful and democratic means… Now is the time for the two Governments and leaders on all sides to work together to defuse tensions and restore calm.”

I utterly condemn the violent attacks on police, a journalist, and bus driver over recent days in The North.

Now is the time for the two Governments and leaders on all sides to work together to defuse tensions and restore calm.

Mr Martin added the Government has “listened to and will continue to listen to and engage with the views of all communities in Northern Ireland”.

Meanwhile, Mr Johnson tweeted: “I am deeply concerned by the scenes of violence in Northern Ireland, especially attacks on PSNI who are protecting the public and businesses, attacks on a bus driver and the assault of a journalist.

“The way to resolve differences is through dialogue, not violence or criminality.”

The unrest has been attributed to tension in loyalist communities over the Northern Ireland Protocol on Brexit and the PSNI’s handling of alleged Covid-19 regulation breaches by Sinn Féin at the funeral of republican Bobby Storey.

First Minister Arlene Foster condemned the attacks on Twitter, saying: “There is no justification for violence. It is wrong and should stop.”

“This is not protest. This is vandalism and attempted murder. These actions do not represent unionism or loyalism.

“They are an embarrassment to Northern Ireland and only serve to take the focus off the real lawbreakers in Sinn Féin. My thoughts are with the bus driver.”

This is not protest. This is vandalism and attempted murder. These actions do not represent unionism or loyalism. They are an embarrassment to Northern Ireland and only serve to take the focus off the real law breakers in Sinn Fein.
My thoughts are with the bus driver. https://t.co/2JRcOb6s8C

Plans to recall the Assembly were already underway after Alliance Party leader Naomi Long secured the required support of 30 members to force a return.

Ms Long – who serves as Justice Minister – said it is her party’s intention to get all parties at Stormont to “unite around a call for calm and the cessation of violence”.

Some 41 police officers had been injured and 10 people arrested over the disturbances, prior to the events on Wednesday night.

Ms Long told RTÉ she also wants to hear all elected representatives express confidence in policing structures and in the rule of law.

“Over the last number of weeks we have heard increasingly inflammatory public comments around policing in Northern Ireland, political comments that have been deeply and profoundly unsettling, and we have then seen this spill over into violence on the streets,” she said.

“These situations and intentions of course then will be exploited by those in paramilitary organisations, so it is incumbent on all of us who are in leadership at a time like this to come together and to speak with one voice to say that this violence must stop and irrespective of our various political views, that we do not support it, that we do not want to see it continue but more than that, that we are absolutely committed to the rule of law and to fair and equitable policing across our society.”

The violence has been blamed on anger in response to a decision by the Public Prosecution Service not to pursue prosecutions against members of Sinn Féin who attended the funeral of Mr Storey last year despite restrictions over gatherings, as well as Brexit and localised issues in the south-east Antrim area.