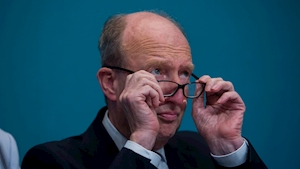 Sports Minister Shane Ross has hit out at a “regression of moves” within the FAI which has been dogged by controversy.

Mr Ross has confirmed that the Government will not be reinstating funding to the association any time in the near future in light of the findings of an independent forensic audit of the FAI’s finances.

Sport Ireland has sent this report to the gardaí and the Office of the Director of Corporate Enforcement (ODCE) has also been notified of the audit’s findings.

Taoiseach, Leo Varadkar said the report into finances at the FAI should be published “as soon as possible” adding that “huge numbers of people in Ireland are football fans, and contribute a lot to the FAI in different ways, either financially or as volunteers”.

However, Mr Ross has now cast doubt over when this report will be published claiming it could interfere with an ongoing garda investigation.

Asked if the new board of the FAI is fit for purpose, Mr Ross said: “I think what we are seeing here is a regression of moves.

Accountancy firm KOSI was appointed by Sport Ireland in May to carry out an “extensive independent audit” of the FAI including an assessment of the association’s “fitness to handle public funds”.

It followed revelations earlier this year that former FAI chief executive John Delaney had given a loan of €100,000 to the association.

Mr Ross said the report had been sent to the gardaí and he is therefore not at liberty to comment on any investigation which is going on but he said the “correct thing has been done”.

“I would like to see the report published but I cannot see it being published if it would prejudice any garda investigation,” said Mr Ross.

While State funding for the FAI will not be reinstated the Minister said clubs will continue to receive support through the Sports Capital Programme.

Mr Ross said he is also working at providing funding for the women’s national team through a trusted independent third party.