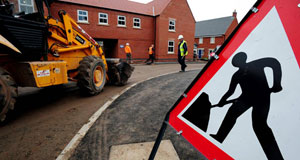 Girl, 13, who was being ‘pimped out’ located by gardaí, court told

Ireland innomin - April 2, 2020
0
A vulnerable woman with a chronic incurable illness remains detained in hospital because the HSE has so far been unable to find a...

The AA is launching free breakdown service for NHS workers

Wales innomin - April 2, 2020
0
The AA is launching a free breakdown service for NHS workers as the coronavirus crises continues to have a grip on...

Ireland innomin - April 2, 2020
0
The Fianna Fáil leader has refused to rule out reports he will be a rotating Taoiseach in any new coalition government with Fine...

Aldi manager speaks out about the humiliated nurse who was mocked...

The AA is launching free breakdown service for NHS workers