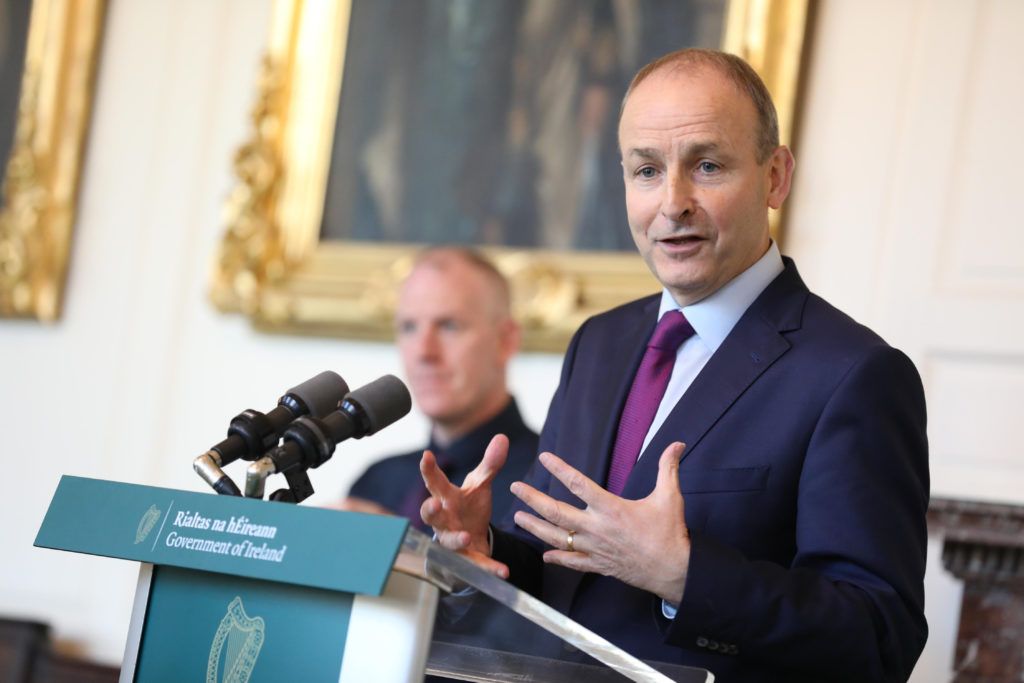 Sinn Féin representatives were “summoned” to the funeral of veteran republican Bobby Storey in defiance of coronavirus restrictions in a planned effort to push a political message, the Taoiseach has said.

Micheál Martin said the large turnout at the funeral of the veteran IRA member in Belfast was evidence of “behind the scenes” control over elected Sinn Féin members.

“There are individuals there who are not elected, it seems to me, who have a greater influence over the elected representatives,” he said.

The turnout was part of Sinn Féin’s attempts to control a narrative around the Troubles, which is “being shoved down everyone’s throats”, the Taoiseach told an online MacGill School event on Saturday.

At the launch of the Government’s Shared Island initiative on Thursday, he said his priority was to promote greater North-South co-operation.

It was “very false and frankly ill informed” to suggest a shared island agenda in the context of the Belfast Agreement “is somehow straying from Fianna Fáil policy”, he added.

“It’s a nonsense … I don’t think it’s fair. To me, it is a very noble objective to say to all persuasions on this island, how do we share this island,” he said, adding that his approach “is more in step with the Irish people”.

When asked about ongoing Brexit talks, Mr Martin said he believed Britain and the European Union will strike a trade deal before the end of the year.

He said the resumption of talks this week was a good sign, despite the remaining challenges.

“My gut instinct is that the [British] prime minister does want a deal,” he said.

Varadkar ‘out of touch’ over cross-Border travel during pandemic

Wales innomin - November 27, 2020
0
Supermodel Naomi Campbell and actress Thandie Newton are among a host of celebrities urging airlines not to operate a deportation flight...