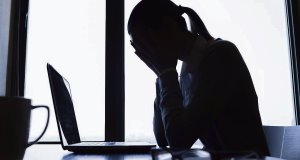 Four out of five workers experiencing sexual harassment at work do not report the incident to their employer, according to a new survey from the Irish Congress of Trade Unions.

Congress surveyed more than 1,300 union members with experience of sexual harassment and sexual assault in the workplace.

Sexual harassment is defined in the Employment Equality Acts 1998-2015 as any form of unwanted verbal, non-verbal or physical conduct of a sexual nature which has the purpose or effect of violating a person’s dignity and creating an intimidating, hostile, degrading, humiliating or offensive environment for the person.

It is prohibited under the Acts.

81% of respondents did not report the unwanted sexual behaviour to their employer, while only one in four of the minority who did report such incidents felt it was taken seriously and dealt with satisfactorily.

The national opinion poll of 1,347 union members with experience of sexual harassment at work found that around 7 out of 10 (72%) of the responses were from women (971).

The survey found that one in five sexual harassment incidents reported had taken place at a work-related social event.

One in seven had taken place on the phone, by email or online.

“Sexual harassment can happen to anyone, anywhere, at any time. Yet all too often, it happens in the workplace.

“Of all the alarming statistics thrown up by the polling, the fact that jumps out for me is the unacceptably high levels of under-reporting and dissatisfaction with their employer’s action among those who do report sexual harassment,” she said.

“We wanted a deeper understanding of workers’ experience of sexual harassment at work – the types of incidents experienced, the perpetrators and location, the barriers to reporting, and the impact sexual harassment has on the lives of those affected.

“However, the extent of unwanted sexual behaviour from colleagues taking place online also reported, points to a growing problem in the modern workplace.

“While the #MeToo movement has shed light on the hidden problem of sexual harassment and sexual assault at work and empowered women to speak out, the fear of a negative impact on their career or of not being believed or taken seriously were the most common reported reasons for not pursing a complaint.”

UK News innomin - September 19, 2020
0
Justice Ruth Bader Ginsburg, who died on Friday at the age of 87, was a huge of American general public existence. Tributes have...