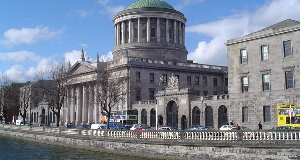 A woman who claims she was “repeatedly and appallingly” sexually abused by her national school principal as a child wants the High Court to compel the State to establish a new or amended compensatory scheme for victims of such abuse.

The woman claims, more than six years after the European Court of Human Rights’ ruling in the Louise O’Keeffe case that Ireland has a liability to such victims, no effective compensatory scheme has been put in place.

That breaches her rights under the Constitution and European Convention on Human Rights, including to an effective remedy, she claims.

Her solicitor James McGuill said an Independent Assessor had decided in July 2019 that the requirement that a prior complaint against an abuser had been made to a school authority was an unlawful requirement of the extra statutory compensatory scheme set up in 2015 following the 2014 O’Keeffe judgment of the ECHR.

He said various declarations are being sought in this case over the parameters of a new/amended scheme because of his “strong fear”, without those, the scheme will not provide compensation for mental distress/anguish/lack of funds due to delay in establishing an adequate compensatory scheme.

Having represented other scheme applicants, it appears to be the State’s “persistent objective” to deny or minimise the effect of its “maladministration” of the scheme to date on victims who have applied under it, Mr MacGuill said.

In the woman’s case, she had informed him of the significant mental distress and upset suffered as a result of not being able to close this “extraordinarily difficult chapter” of her life and to get proper compensation and closure in respect of “repeated and appalling” sexual abuse perpetrated on her as a child, for which the State has an established liability.

She had also suffered obvious pecuniary damage due to being prevented for many years from accessing funds.

Mr Justice Anthony Barr granted leave on Monday for judicial review proceedings against the Minister for Education and Skills, Ireland and the Attorney General seeking orders compelling the establishment of a new/amended scheme, various declarations and damages.

The judge made an order prohibiting identification of the woman.

Mark W. Murphy BL, for the woman, said the ECHR, in the O’Keeffe judgment, found Ireland was legally obliged to take proactive measures to prevent child sexual abuse in national schools, not simply to take reactive measures once complaints had been made.

It held the State had failed to have an effective remedy, as required under Article 3 of the ECHR, for those who had been abused.

That judgment was in no way predicated upon a requirement that a prior complaint must have been made against a victim’s abuser, counsel outlined.

After a number of delays, the State in 2015 set up a compensatory scheme which had two criteria, that applicants had discontinued any civil proceedings over their alleged abuse and a prior complaint was made against the alleged abuser.

The woman had initiated civil proceedings seeking damages against her alleged abuser, a religious Brother, and other parties, including the State respondents but she discontinued those in 2011 because of “threats” from the State concerning liability for costs if she did not do so.

Because she had not made a prior complaint against her alleged abuser, she did not apply under the 2015 scheme, counsel said. She was aware others in a similar position to her had applied and had been refused.

As a result of earlier legal proceedings, the State in late 2017 appointed an Independent Assessor, a retired High Court Judge, Iarfhlaith O’Neill, to the scheme.

In July 2019, Judge O’Neill found the prior complaint criterion was unlawful and formed no part of the ECtHR judgment in the O’Keeffe case.

That led to the Minister saying the scheme was being reviewed which review would take a number of weeks, Mr Murphy said. The State later said payments would be made to those applicants who had been denied a payment due to the prior complaint requirement.

It is now more than a year since the Minister’s July 2019 statement but there is still no new scheme under which the woman can apply, counsel said.