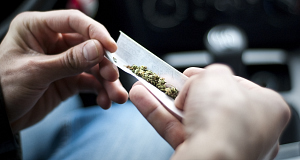 Sinn Féin’s health spokesperson has revealed that she smoked cannabis while in college.

Louise O’Reilly is the latest politician to admit to taking recreational drugs in the past.

The issue of casual drug use has been thrown into sharp focus in recent weeks following the murder of Keane Mulready Woods.

Fine Gael’s Kate O’Connell and the Green Party’s Pippa Hackett have also confirmed they dabbled with drugs while in college.

“When I was in university, I smoked some cannabis but I have never taken a chemical synthetic drug,” said Ms O’Connell.

“I am a pharmacist by profession and fully understand the safety aspect.”

Just incase that drugs question wasn’t awkward enough for you the first time, here it is again pic.twitter.com/N0DoVERf4n#VMTVBigDebate#Leadersdebate #GE2020

During last night’s debate between Leo Varadkar and Micheál Martin the two party leaders were asked by Pat Kenny whether they had ever done drugs.

The Taoiseach said that he had answered the question 12 or 13 years ago in an interview with Hot Press adding: “I answered it truthfully”.

In what is being described as an awkward moment for Mr Varadkar, his opponent asked “which was?”

After a brief silence, Mr Kenny also prompted him saying: “Which is…the answer that you did”.

“Yes,” said Mr Varadkar, “but that was obviously a long time ago”.

The Chase viewers in stitches after contestant’s hilarious question blunder

Wales innomin - February 25, 2020
0
The Chase viewers were left in stitches during last night's episode after a contestant's hilarious question blunder. The latest instalment...

Life expectancy for the UK’s poorest women falls for the first time in 100...

Wales innomin - February 25, 2020
0
England  has "lost a decade," says an expert after a new report revealed life expectancy has slowed significantly in the past...

Wales innomin - February 25, 2020
0
Myths surrounding interest payments, credit limits and how often you need to use your card are damaging the credit ratings of...

The Chase viewers in stitches after contestant’s hilarious question blunder

Life expectancy for the UK’s poorest women falls for the first...