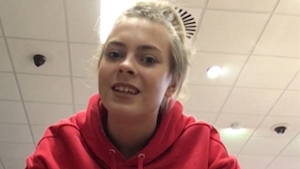 The sentence hearing of the two boys who murdered 14 year old schoolgirl Ana Kriegel is due to get underway shortly.

It was previously adjourned to allow for various reports to be compiled, including psychiatric and psychological assessments.

The hearing is due to take a full day, but sentences are likely to be handed down at a later date.

The boys have been held at Oberstown Detention Centre since they became Ireland’s youngest ever convicted murderers back in June.

During their lengthy trial, the jury heard Boy B lured Ana from her home in Leixlip to a derelict farmhouse in Lucan where Boy A was waiting for her.

Both were convicted of murder, and Boy A was also found guilty of aggravated sexual assault.

Their sentence hearing was due to take place in July, but a delay with certain medical reports resulted in it being adjourned until today.

Neither boy was present when the case was mentioned last Friday, but the prosecuting barrister told the court that all the reports were now ready.

The judge has restricted the number of journalists allowed into the actual courtroom to just five, but a live video and audio feed can be accessed from another courtroom for the additional journalists expected to attend.

Mr. J Paul McDermott said he felt it was necessary to reduce pressure on the boys at a time that is extremely difficult for them and their parents.

They were 13 when they killed 14-year-old Ana in a derelict farmhouse in Lucan in May last year.

The boys were convicted of her murder in June and one of them was also found guilty of aggravated sexual assault.

Ana’s parents Geraldine and Patrick will also be given an opportunity to address the court today if they wish.

The hearing is due to take a full day, but sentences are likely to be handed down at a later date.