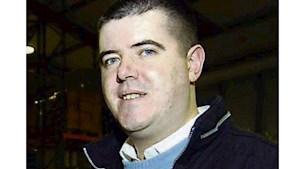 The DPP appealed the leniency of a fully suspended jail term being given to a garda in Cork on corruption charges but the Court of Appeal decided yesterday that it would not alter the two-year sentence.

However, as Chief Justice Frank Clarke delivered this decision at a hearing of the court in Cork, he warned: “Such wrongdoing in the future should be met with a custodial sentence.”

In reaching this decision to leave the two-year suspended sentence against former garda John O’Halloran stand, the judge said he and his colleagues, Mr Justice George Birmingham and Ms Justice Isobel Kennedy, regarded the headline sentence of two years as appropriate.

Mr Justice Clarke then said it was a question of looking at the mitigating facts taken into consideration by the sentencing judge in February 2018, and the Court of Appeal had to consider also the lapse of time between the sentence and yesterday’s appeal by the DPP for undue leniency. Mr Justice Clarke said that even since February 2018, O’Halloran had continued to co-operate significantly with treatment for his gambling addiction.

At the original sentencing hearing, Judge Seán Ó Donnabháin said: “The amounts of money were not large but the criminality is total. The amount of money pales into insignificance when I view what he did with his entitlement as a guard, the manner in which he went around misusing his position is scandalous.”

The judge imposed the two-year sentence on John O’Halloran, aged 49, from South Douglas Rd, Cork, and suspended it.

“There was a criminal breach of trust and total denial of his duty as a guard to be trustworthy and for the public to be able to rely on him,” said the judge.

Judge Ó Donnabháin said mitigating factors included the plea of guilty, which spared hundreds of witnesses giving evidence in what would have been a four-week trial. He has lost his job. A gratuity of €80,000 will be denied him. Undoubtedly, he has drawn this on himself. He is now a person who will never again work as a guard.

Tom Creed, prosecuting, said yesterday in the appeal against the leniency of the sentence on behalf of the Director of Public Prosecutions: “It was very deliberate conduct on the part of Mr O’Halloran. This does undermine the confidence of the public in An Garda Síochána.”

Mr Justice Frank Clarke asked if there was a distinction to be drawn between the circumstances of this case where the defendant used his position as a guard for personal financial benefit but not for the purpose of perverting the course of justice. The judge gave the example of an officer receiving a payment for the purpose of dropping a charge, which was not the nature of the corrupt payment in O’Halloran’s case.

Mr Creed said he had to disagree fundamentally with that distinction and said O’Halloran had used his position as a garda for charging for police work. He said that there was an official system for sports organisations, for instance, to pay An Garda Síochána for assigning officers to deal with crowd control for big matches and so forth. He said that what O’Halloran was doing in his offences was effectively carrying out a private operation of this kind.

“When a member of An Garda Síochána abuses his position that must be serious in the eyes of the public. An Garda Síochána is at pains to maintain public confidence at all times. The director feels this guard abused his position as a guard for his own personal gain and did it persistently, deliberately, and calculatedly. The Director feels it mandates a custodial sentence of some kind,” said Mr Creed.

Siobhán Lankford, defending, said: “I am not excusing my client’s behaviour in terms of the egregiousness of the behaviour. He took monies he should not have taken in a terrible fashion over a long period but it was in some ways a crime of an employee taking money from his employer… He was not taking steps to pervert the course of justice.”

She said that what O’Halloran did as a guard was morally culpable and there was no attempt to resile from that. Ms Lankford said he was remorseful and had paid back a total of over €23,000.

Ms Lankford said: “He has a gambling addiction. He continues to attend Gamblers Anonymous. He had been in residential treatment for gambling (at the time of sentencing). He has taken real steps.”

Detective Inspector Fergal Foley, now retired, who investigated the case, said at the time that O’Halloran had gambled an estimated €150,000 in his addiction and that escalated from weekend gambling to several times a day, almost every day.

Ms Lankford said he had lost his job, lost his marriage, and now had poor health. She said he was presently unemployed having previously managed to get work in gardening and such employment and was no longer in a position to get employment commensurate with his education.