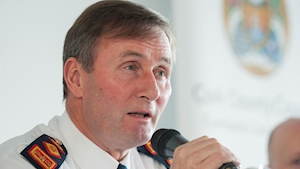 Ireland innomin - January 21, 2020
0
All gardaí working in Drogheda Garda Station have been formally warned to be extra careful of their safety.It is after a car containing...

Doctors should be allowed to collect sperm after death, say experts

Wales innomin - January 21, 2020
0
Doctors should be able to take sperm from men after death if they have consented to become post-mortem donors, academics have...

Doctors should be allowed to collect sperm after death, say experts