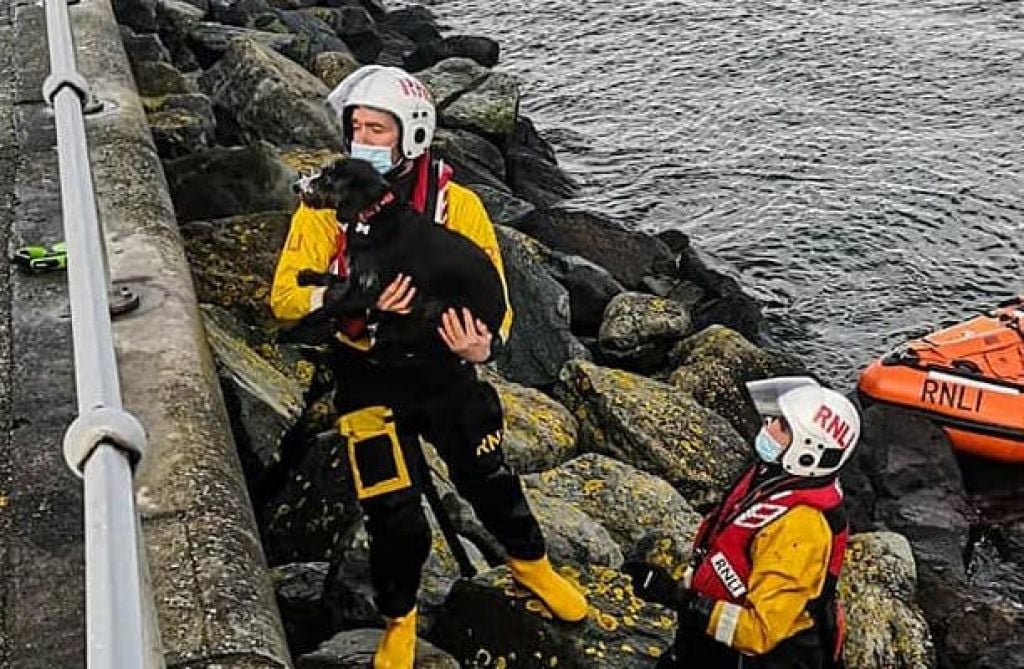 A dog who had fallen on to rocks at Dún Laoghaire’s marina pier was rescued by the RNLI.

At the request of the Coast Guard, a volunteer crew of three members launched their inshore lifeboat at 11.35am on Tuesday.

The crew found Archie the dog on rocks near the water’s edge.

The lifeboat crew made their way towards him and on to the rocks and helped lift him back up on to the pier above.

Archie was in good health and happy to see his owners again.

Speaking after the call out, Liam Mullan, a spokesman for Dún Laoghaire RNLI Lifeboat said the crew were “very happy” to reunite Archie with his owners and that he was not injured from his fall.

“Archie’s owners did the right thing by calling the Irish Coast Guard and asking for help. It was much safer for our crew to approach rocks on a day like today by sea when compared to the risks associated with slips and falls from a person trying to make their way down to the water’s edge to help,” he said.