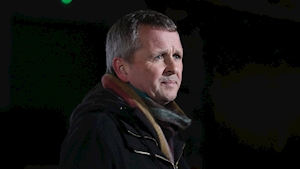 Solidarity-People Before Profit are calling on left-wing parties to unite and still offer an alternative to Fine Gael and Fianna Fáil in power.

There was still a legitimate reason for a left-wing minority government, he said, appealing to Sinn Féin to help lead the way for such a coalition

Speaking at Leinster House, the Dun Laoghaire TD said: “We now think it is urgent there is a challenge to the idea it is inevitable there would be a return to power with Fianna Fáil and Fine Gael.

“We had an overwhelming historic demand to an alternative to them [in the election].

“In the aftermath to the public health emergency, it is even more important to have an alternative to the failed policies that left us with huge crises in health, in housing and deep inequalities in society.”

He said he hoped Sinn Féin and others on the left would renew efforts to create an alternative coalition that would give effect to the demand for change.

He said Fianna Fáil didn’t have “divine right” to return to power.

“The majority of people voted for alternatives to Fianna Fáil or Fine Gael.”

It was therefor legitimate to continue to talk about a left-leading minority government, the TD added.

There are also concerns about whether the scaling back or ‘tapering’ of the Covid-19 €350 payment, People-Before Profit warn.

Workers should not pay for the Covid-19 fallout, it was warned.

“The weight of the bank bailout was put on the backs of workers in this country, a decision which people are still feeling the scars of today.

“People Before Profit want to set down a clear marker that working people and the key public services on which we more than ever depend, such as health, housing and social welfare must not be asked to pay the price of the Covid-19 crisis.,” added Mr Boyd Barrett.