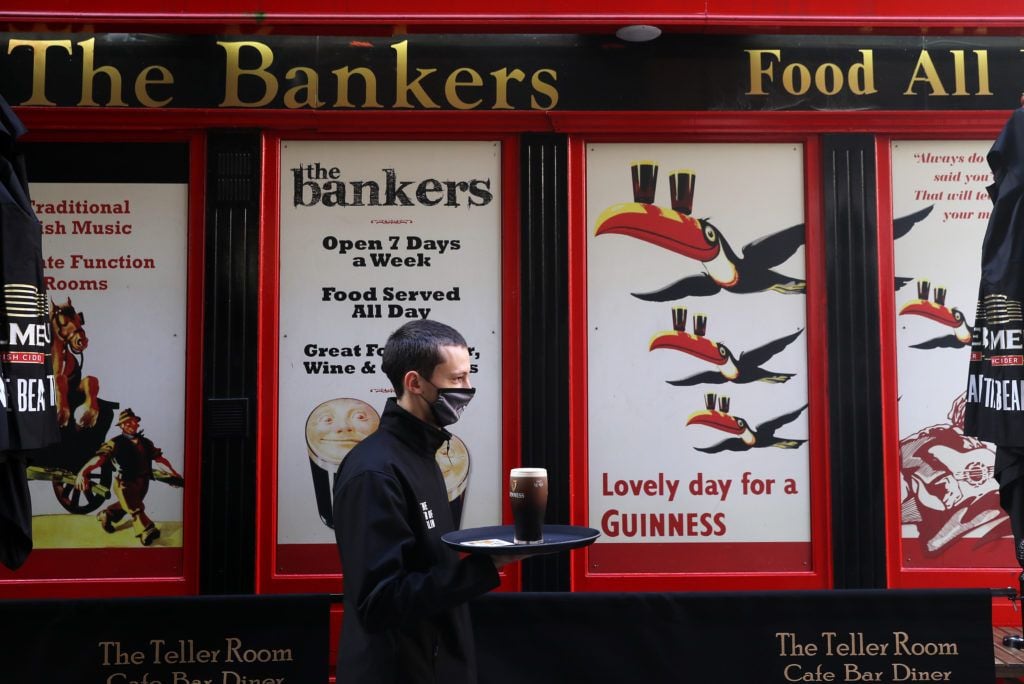 Under the second stage of the easing of Level 5 restrictions, cafes, restaurants and bars serving food will be permitted to reopen from tomorrow.

Following the reopening of other sectors, including non-essential retail stores, hairdressers and beauticians, on December 1st, the majority of the hospitality sector is now ready to follow, with the notable exception of wet pubs.

The decision for pubs that not serve food to remain closed was met with heavy criticism. On Wednesday, the Licensed Vintners Association (LVA) and the Vintners Federation of Ireland (VFI) issued a joint statement accusing the Government of using ‘deceptive’ data in order to keep some pubs closed.

The two associations said the Government had highlighted wet pubs as posing an increased risk to the transmission of the virus, without supplying evidence to support this.

“Their so-called evidence is littered with deceptive uses of information and massive gaps in their analysis,” VFI cheif executive Padraig Cribben said.

Despite opposition to the updated guidelines, the Government and public health officials have stood by the decision. Professor Sam McConkey from the Royal College of Surgeons said allowing restaurants to reopen is a risk.

“I personally would have restricted things more because we know there are superspreader events in these crowded social events where people are talking and singing.”

Prof McConkey added that the risk posed by particular settings also depends on the safety precautions put in place and also the public’s adherence to the guidelines.

Taoiseach Micheál Martin confirmed that wet pub owners would receive additional supports to help them through to the New Year, but Independent TD Mattie McGrath said many pubs will not survive the closures.

Wales innomin - January 22, 2021
0
Statues of two politicians in central London will be removed over their links to the slave trade. The City of London...

Which? highlights one insurer for refunding drivers during lockdown

Wales innomin - January 22, 2021
0
Only around a fifth of drivers have received any premium refund from their car insurer due to the coronavirus restrictions, Which?...

Two statues in London to be removed because of links to...

Which? highlights one insurer for refunding drivers during lockdown