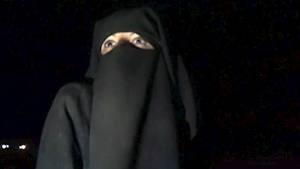 A specialist Defence Forces team has been sent to the Turkish-Syrian border as part of a potential bid to bring Irish Isis woman Lisa Smith and her two-year-old daughter back to this country.

Government and Defence Forces sources confirmed on Sunday the team has been in the war-torn region for a number of days and is attempting to repatriate Ms Smith if she is willing to come back to Ireland.

The Irish Examiner understands Irish Ranger wing army officers were deployed to the Turkish-Syrian border last week as part of an initiative being supported by the Department of Defence and Department of Foreign Affairs.

They are believed to be working in a security, advisory and escort capacity to help Ms Smith return to Ireland with her child if she is willing to come voluntarily.

In addition, the Department of Foreign Affairs is understood to have issued emergency passports for both Ms Smith and her two-year-old child so they can travel back to Ireland under guard.

However, reports suggest there are a number of complications with the case, including the fact it is not clear if Ms Smith is willing to meet certain requirements as part of her repatriation.

Ms Smith’s case has sparked widespread division in Ireland since it emerged in the spring that the 38-year-old from Dundalk had joined Isis after travelling to Syria in 2015.

The former Defence Forces member, who served on the Government jet while Bertie Ahern was taoiseach, left Ireland in 2013 before marrying a British Muslim man in Tunisia, at which point she went to Syria.

Since the collapse of Isis, she and her daughter have been held at the al-Hawl displacement camp for wives and children of Isis fighters in Kurdish controlled north-east Syria.

However, the area has faced a number of difficulties in recent weeks due to fears of an Isis resurgence and a failure of US forces to fully protect Kurdish areas.

It is understood gardaí have been ordered to draw up a risk assessment report on Ms Smith should she be allowed to come back to Ireland, which will include the opinions of former Isis members who claim to have had contact with her in Syria.

While Ms Smith has repeatedly said she never owned a gun or took part in violence while in Isis controlled areas of Syria, gardaí are still investigating whether this is the case.

Ireland innomin - December 4, 2020
0
Donegal is the county with the highest 14 day incidence rate in the country with a rate of 212.3, according to data from...

Wales innomin - December 4, 2020
0
A male IT teacher encouraged pupils to send him indecent images and downloaded their own intimate photos after offering to help...

UK News innomin - December 4, 2020
0
Priti Patel has been accused of “deeply insulting and patronising” conduct by victims of the Windrush scandal immediately after she branded those calling...

IT teacher downloaded intimate images of pupils after offering to fix...