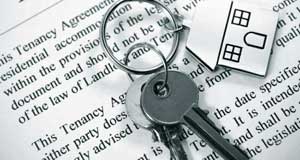 Renters in Ireland are paying €400 more each month than they did at the height of the Celtic Tiger.

Inflation in the rental market is easing, but rents remain at record highs, according to the latest rental report by Daft.ie. Rents rose by an average of 5.2% nationwide in the year to September 2019. It is the lowest rate of inflation since 2013.

In Dublin, rents are now 40% higher than their Celtic Tiger peak, at a monthly average of €2,044.

The ease in inflation has been attributed to increased supply. The number of properties available to rent is up 10% in the last year. However, this still amounts to just 3,500 homes in the whole country.

Increasing supply is the only way to ease pressure on the market, says Ronan Lyons, assistant professor in economics at TCD.

He said 25,000 homes are planned for Dublin and Cork in the next five years.

“These are badly needed in both cities, but only scratch the surface of true underlying need, which, of course, is not confined just to Dublin and Cork,” he said.

He said that policies have not delivered affordable rents and people “simply cannot wait” any longer.

There are now more than 40 rent pressure zones, where rent increases are capped at 4% per annum. However, in most of these, inflation is still exceeding the 4% mark.

“We badly need accommodation for people, such as students on low incomes, workers on minimum or average wages, for single adults, and young people seeking to start families,” said Mr McCafferty.

“The private market will only provide housing where the greatest profits are to be made, and housing for people on modest incomes does not produce the level of profits that developers seek.”