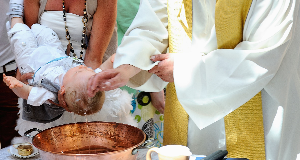 A group representing Catholic priests in Ireland is warning that baptisms and marriages may disappear from some parishes due to the shortage of priests.

The Association of Catholic Priests, who represent over 1,000 clergymen in Ireland, says reform is urgently needed to prevent parishes from closing across the country.

It warned that the Church is facing a ‘catastrophic’ situation in the next 10 to 20 years as there are not enough male celibate vocations to keep parishes alive.

The ACP is an advocate of relaxing celibacy rules, ordaining married men, inviting back clerics who left to get married and ordaining women.

The group is issuing the warning ahead of its AGM in Athlone tomorrow.

It comes as a landmark vote in the Vatican last weekend saw bishops recommend that the Pope permit married men in Brazil to become priest.