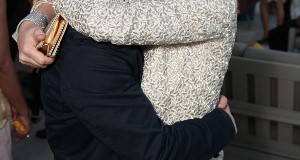 More than one hundred adopted people were matched with potential birth relatives last year, according to the Adoption Authority of Ireland.

The Authority’s annual report shows there were 115 potential matches identified on the organisation’s voluntary register which mediates contact between adoptees and birth relatives.

Dr Geoffrey Shannon, Chairman of the Authority, says matching birth relations can be a big moment as “information tracing is a key part of a person’s identity.”

“For those numbers reflected in the annual report, it certainly has been a transformative moment in their lives, that contact has been established,” he said.

It comes as the Authority received 560 applications to the national adoption contact preference register last year, where “parents of adopted children, their relations or people who are adopted can register their interest in making contact.”

Dr Shannon says the voluntary initiative is “subject to agreement by both parties” and different levels of contact can be facilitated depending upon what each person is comfortable with, from meeting in person to exchanging letters.

He said that since the register’s establishment in 2005, there had been “an increasing number of matches,” however, the Authority “would like to see a much greater number of birth mothers register.”

Though legislation is planned to provide a future framework for information to be shared between parties, Dr Shannon says there have been difficulties in drafting a successful bill despite “concerted” efforts in recent years.

“It was established as a stop-gap… it is not a panacea,” Dr Shannon said of the register, saying there are templates from other jurisdictions around the world that could provide a model for legislation in Ireland.

“Difficulties arise where one person doesn’t agree and the other person wishes contact, for example the adult child, so that’s the challenge and that’s the purpose of legislation,” he said.

“How you balance those competing rights is important… It is challenging, because you have to ensure to ensure that the correct balances are struck but at the same time, what we have learned from our past is the importance of the right to identity.”

Other difficulties can involve records being spread across different agencies. In this respect, 2019 saw the Authority take custody of around 13,000 adoption files and records from Cúnamh adoption agency, formerly the Catholic Protection and Rescue Society of Ireland.

The Authority is also looking at promoting its register abroad, with its annual report showing it recognised 33 intercountry adoptions – the majority from Vietnam – in 2019.

79 domestic adoption orders were granted in the same year, with over a third of adoptees being 17 years of age, and six being infants.

65 per cent of these domestic adoptions were stepfamily applicants, while 27 per cent were of children in long-term foster care.

Paris set for second strict lockdown with curfew on bars and restrictions on public...

Wales innomin - September 28, 2020
0
The city of Paris is set to enter a strict second lockdown in attempt to slow the spike in coronavirus cases...

Ireland innomin - September 28, 2020
0
Public health expert Dr Gabriel Scally has said that schools should consider hiring marquees in which classes could be held.Ventilation, sunlight and staying...

Paris set for second strict lockdown with curfew on bars and...