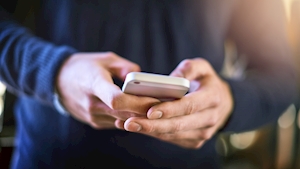 An online scam is targeting the Irish gay community.

The scam uses the dating app Grindr and a fraudulent website that takes money from victims’ accounts.

It begins when a Grindr user receives a message from a new contact, looking to get in touch. The scammer then asks the victim whether they have an ‘LGID’ from a named anti-offender screening site.

If the victim asks what this is about, the scammer explains they were assaulted and punched, and may even attach a picture of their injured face, and say they want to be sure the new contact (the victim of the fraud) is not an offender.

If the victim follows a link to the apparent ‘anti-offender screening site’, they are asked to sign up for €2, but some are being charged €50 with even more payments being taken later.

Urban Schrott from anti-virus company ESET Ireland explained: “They’re told it’s an anti-offender screening system and they’re given a website to go and get it.

“The person they’re trying to contact claims that they’ve been attacked before as members of the gay community. And because they are afraid of getting attacked again, they want their potential contact to have this ID.

“But this entire thing is a scam.”

Body of 73-year-old man found outside property in Glynneath

Wales innomin - January 28, 2020
0
Police are investigating after an elderly man was found dead outside a property in Glynneath. The 73-year-old's body was found on...

Body of 73-year-old man found outside property in Glynneath