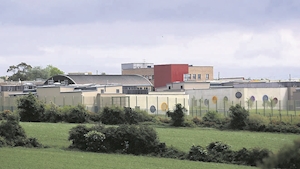 The Oberstown Children’s Detention Campus was facing legal claims from third parties with a potential liability of €4.79m at the end of 2018.

That is according to newly released financial statements for Oberstown based at Lusk, Co Dublin which confirm that the amount paid out in legal fees to lawyers soared more than 20-fold to €540,736 in 2018.

The legal fees concerned the costs of dealing with third party claims and an additional €16,300 was paid out in settlements during the year.

Oberstown is the country’s national facility for the detention of children remanded or sentenced by the criminal courts and currently houses the teen killers, Boy A and Boy B serving sentences for the murder of 14 year old Ana Kriegel on May 14th 2018.

On the contingent liabilities facing Oberstown, the accounts state that there are a number of legal cases ongoing against the detention campus.

The note in the 2018 financial statements states that the largest liability facing Oberstown “relates to the provision of €4.79m for legal claims”.

The note states that on an annual basis the Irish Youth Justice Service (IYJS) through the Dept of Children and Youth Affairs on behalf of Oberstown allocate funds to cover the legal claims when they are settled.

The operational and administrative costs associated with running Oberstown in 2018 totalled €21.7m – or an average cost of €162,820 for the 132 children made up of 125 male and seven female that were detained at the centre throughout 2018.

The operational and administrative average cost per the authorised 54 places was significantly higher at €402,894 for the year.

The total number of staff employed totalled 239 and staff costs made up the bulk of the operational costs at €16.4m.

One staff member received between €100,000 and €110,000 in pay. The total costs for Oberstown came to €26.9m for 2018 when retirement benefits and non-cash depreciation are taken into account

During 2018, nine external recruitment campaigns were held resulting in the hiring of 21 new staff.

Ireland told to be on alert for possible coronavirus cases