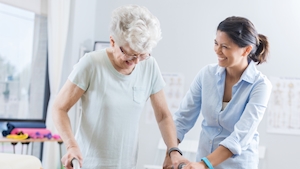 The number of women dying as a result of stroke has fallen dramatically in the last decade, but is still higher than the number of male stroke deaths.

The decline coincides with major improvements to hospital stroke services since the establishment in 2010 of the HSE’s national stroke programme, the Irish Heart Foundation (IHF) said.

However while figures show that stroke deaths have fallen six times more among women than men since 2010, they are still far more likely to die of stroke.

“It is not clear why stroke deaths have fallen at a much higher rate among women than men,” said IHF Head of Advocacy, Chris Macey.

“It may be in part due to the fact that women are more likely to act on health campaigns for conditions such as high blood pressure and atrial fibrillation.

Thrombectomy, a clot retrieval treatment that restores the blood supply to a stroke patient’s brain, can have a dramatic impact, to the point of cure. For best outcome, it needs to be initiated within four-and-a-half hours of clearly defined symptom onset.

About 15% of stroke patients are suitable for thrombectomy.

The IHF, marking World Stroke Day on Tuesday, is urging women to be aware of the warning signs of stroke using the FAST acronym:

Face – has the person’s face fallen to one side;
Arms – can they arise both arms and keep them there;
Speech – is it slurred; and
‘Time to call emergency services’.

“At least one-in-six of us will have a stroke at some time in our lives, so if you aren’t affected yourself it’s virtually certain that at least one of your loved ones will be. Therefore, it’s vital that everyone knows the act FAST signs,” Mr Macey said.