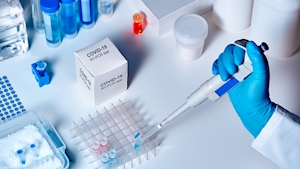 The Department of Health has been notified of 46 additional cases of Covid-19, bringing the total number of cases in the country to 26,208.

The have been no additional deaths from the virus.

There were 32 cases associated with outbreaks or close contact with a confirmed case and 5 cases have been identified as community transmission.

Kildare reported 15 new cases, while there was eight in Laois, seven in Clare, five in Offaly and the remaining 11 are spread across nine other counties.

The latest figures come as a public health expert has said that the majority of new cases have nothing to do with travel and are instead due to local clusters of the virus.

Over the weekend, the Government announced that it would commence Covid-19 testing at Irish airports in an attempt to control cases coming into the country from abroad.

However, Professor in DCU Anthony Staines says travel is not the main area of concern.

“The vast majority of cases in Ireland are nothing to do with foreign tourists. NPHET reported that there were a total of eight or ten cases over the last two weeks associated with foreign travel, so the majority of these cases are to do with local clusters and local spread and bringing that under control has to be our absolute priority.”

Tomorrow, the Cabinet is due to meet to discuss the further easing of restrictions on August 10th, including the reopening of pubs that do not serve food.

The Cabinet is also expected to make a decision on whether they will increase the number of people permitted at outdoor gatherings from 100 to 500.