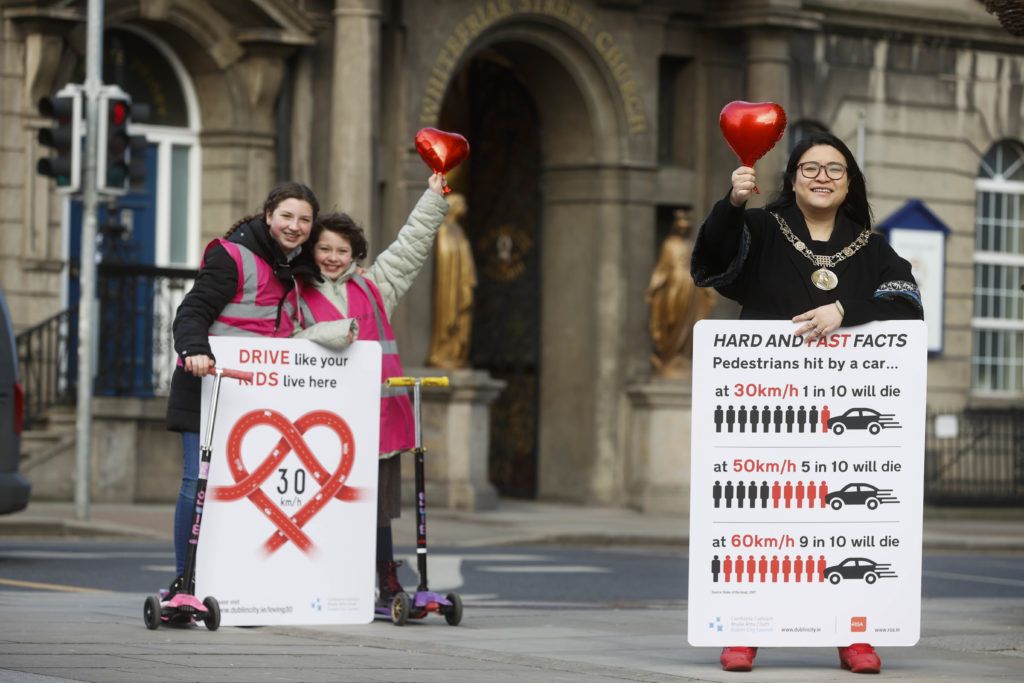 A new 40km/h speed limit is proposed for parts of Dublin following the rejection last year of a 30km/h blanket limit by city councillors.

However, the 40km/h limits would only be permitted on certain northside roads, with most of the rest of the city restricted to a 30km/h limit.

Dublin City Council’s road safety section last year sought to make 30km/h the “default speed limit” across the city and suburbs, saying the lower speed would reduce fatalities and serious injuries. However, councillors voted against the new bylaws in September, following public opposition to the move.

Motorists had complained the lower limit would cause “frustration and stress” and could result in “cyclists overtaking cars”.

Public consultation will begin on Friday on the new proposals, which would still see 30km/h as the limit for most of the city and suburbs, with a new 40km/h limit on a number of roads on the northside.

However, the bylaws going out for public consultation incorporate several other northside roads including parts of Glasnevin Avenue, Howth Road, Coolock Lane, Grace Park Road, the coastal Clontarf Road and the Causeway Road out to Bull Island.

For most of the rest of the city, 30km/h would be the limit under the proposals. A handful of major approach roads, such as the N1 and N2, would retain higher 50km/h and 60km/h limits in parts.

Dublin Lord Mayor Hazel Chu encouraged residents to have their say about the proposal, which she said would help make streets feel safer.

Speed limit reduction could lead to major drop in…

“Encouraging active travel is a key driver of this campaign. Pedestrians and cyclists must feel safe on the streets and lowering speed limits would allow for better-shared space opportunities,” she said.

A 10 km/h difference in speed “could be the difference between life and death for a vulnerable road user like a pedestrian”, the council said.

“The probability that a pedestrian will be killed if hit by a motor vehicle increases dramatically with speed,” Brendan O’Brien of the council’s traffic department said.

Public submissions on the proposals can be made to the council online at dublincity.ie or by email at [email protected].